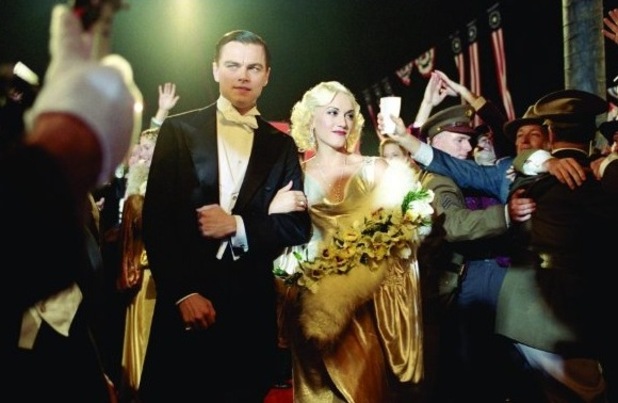 Gwen’s brief but memorable appearance as Jean Harlow in the 2004 film The Aviator is included in Digital Spy’s gallery of the Top 20 Music Stars’ Movie Cameos.

As the latest trailer for upcoming film What To Expect When You’re Expecting featuring Cheryl Cole’s anticipated cameo is released, we look at the Top 20 music stars’ movie cameos, from Coldplay’s charitable Chris Martin in Shaun of the Dead to Gwen Stefani’s screen siren in The Aviator
18. Gwen Stefani made a cameo appearance in Martin Scorsese’s The Aviator as actress Jean Harlow.