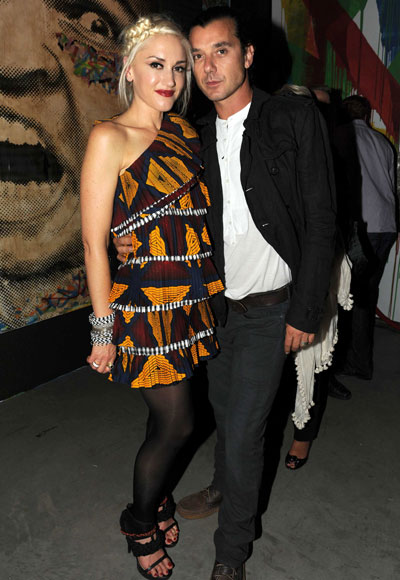 In a new interview with YRB Magazine,Gavin discusses the concerns he and Gwen share about the paparazzi invading the privacy of their family. He says that because he and Gwen have such a long-standing,committed releationship free of controversy(something we have always admired and respected about them),the media unfortunately-and wrongly-tend to focus on their children. Gavin and Gwen have both mentioned their concerns regarding the paparazzi in the past,which is why we choose to be a Pap Free Zone.

Maybe being English also makes him more reflective on how he and Stefani protect their children from the media spotlight and keep their private lives private. It’s not an easy task considering that paparazzi constantly stake out the family’s homes and have been known to comment extensively on the family’s behavior, especially that of the couple’s sons.

“Our whole life is up for grabs. We have an unusual situation, in that, we have a longstanding connection and relationship that is really strong and budding and fruitful,” he said. “That immediately is something strange because there’s no falling out the doors of nightclubs with different dancers.”
The real concern he and Stefani share is that, failing to find interesting news in the couple’s relationship, they tend to turn the spotlight toward the children.
“We are worried on the impact this will have on them when they are 12, 13, 14,” he said. “Kingston got very aggressive toward [the paparazzi] because they are grown men chasing him with cameras. The TMZ guys were all in their office (on a televised chat) and saying he is mean. All these adults, gathered around discussing a 4-year-old… I wanted to ask, ‘If photographers were chasing your kids around, would you want them to be passive little soldiers?’

“We see these guys every day, though, and they’re usually a respectful bunch that trails us around. We don’t have a Sean Penn relationship with them. What am I going to do? Say, ‘Fuck off?’ I don’t want my kids to see me being aggressive or upset. I want them to know you should just be cool with everyone. Besides, I find it taxing to be aggressive. It ruins my day.”