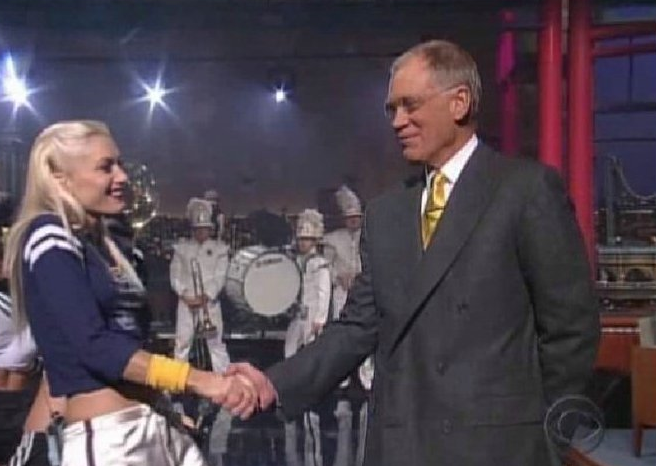 The legendary David Letterman announced today that he is retiring from late-night television next year after three decades; his departure, along with the recent retirement of Tonight Show host Jay Leno, truly marks the end of a classic era of American television. In light of his announcement, we thought we would take a look back at No Doubt’s memorable appearances on The Late Show With David Letterman: the band performed on the show in 1996 (including the classic moment when Gwen climbed on Letterman’s desk during a ”Spiderwebs” performance) and 2000, while Gwen performed ”Southside” with Moby (with Gavin playing keyboards) on the show in 2000 and twice during her solo period, in 2005 and 2006. What are your favorite memories and moments from No Doubt and Gwen’s Late Show appearances?