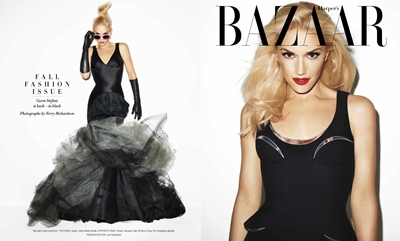 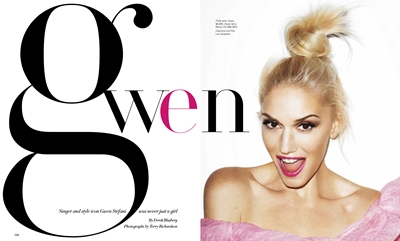 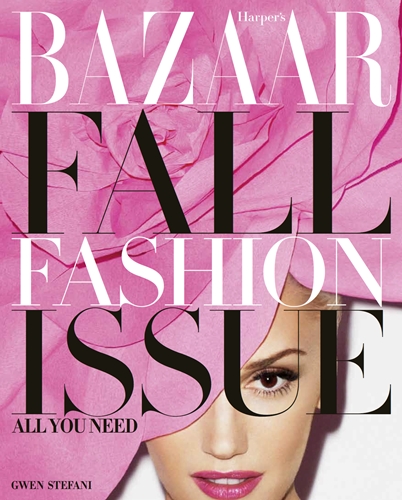 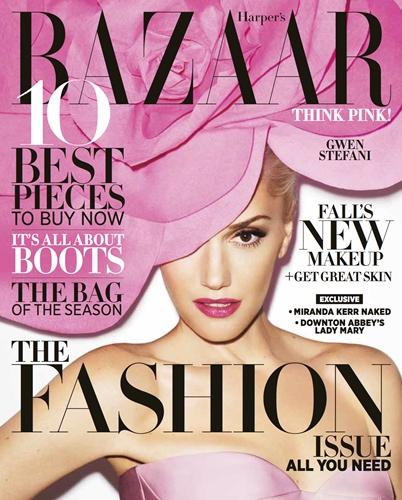 Yay,we love that No Doubt has posted Gwen’s gorgeous September 2012 Harper’s Bazaar cover (both the newsstand and subscriber’s versions),as well as an exclusive image from the spread,on the official site! We can’t wait to pick up the magazine when it hits newsstands on August 21!

Gwen is featured on the cover of the September issue of fashion magazine Harper’s BAZAAR, which is available now on newsstands everywhere. Last month she joined photographer Terry Richardson at Milk Studios in Los Angeles for the feature and sat down with fashion writer, editor and New York Times best selling author Derek Blasberg for the interview.

In the article Gwen talks about her fashion during the early days of No Doubt and the motivation behind writing the band’s 1995 smash album Tragic Kingdom.

Here’s an exclusive image from the feature that can only be seen on NoDoubt.com!

Click here to read the full interview online at harpersbazaar.com and watch the behind the scenes video right here.