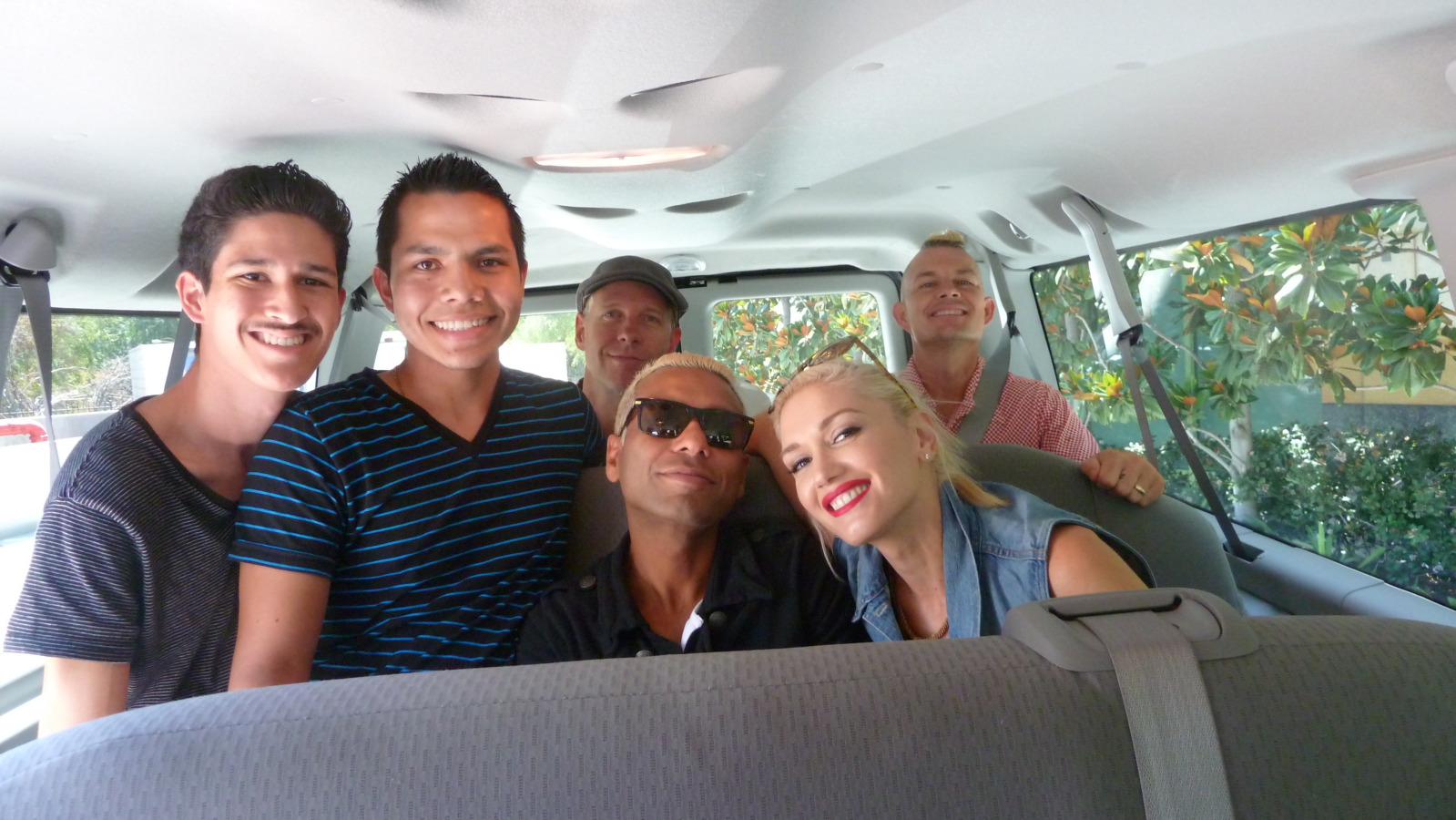 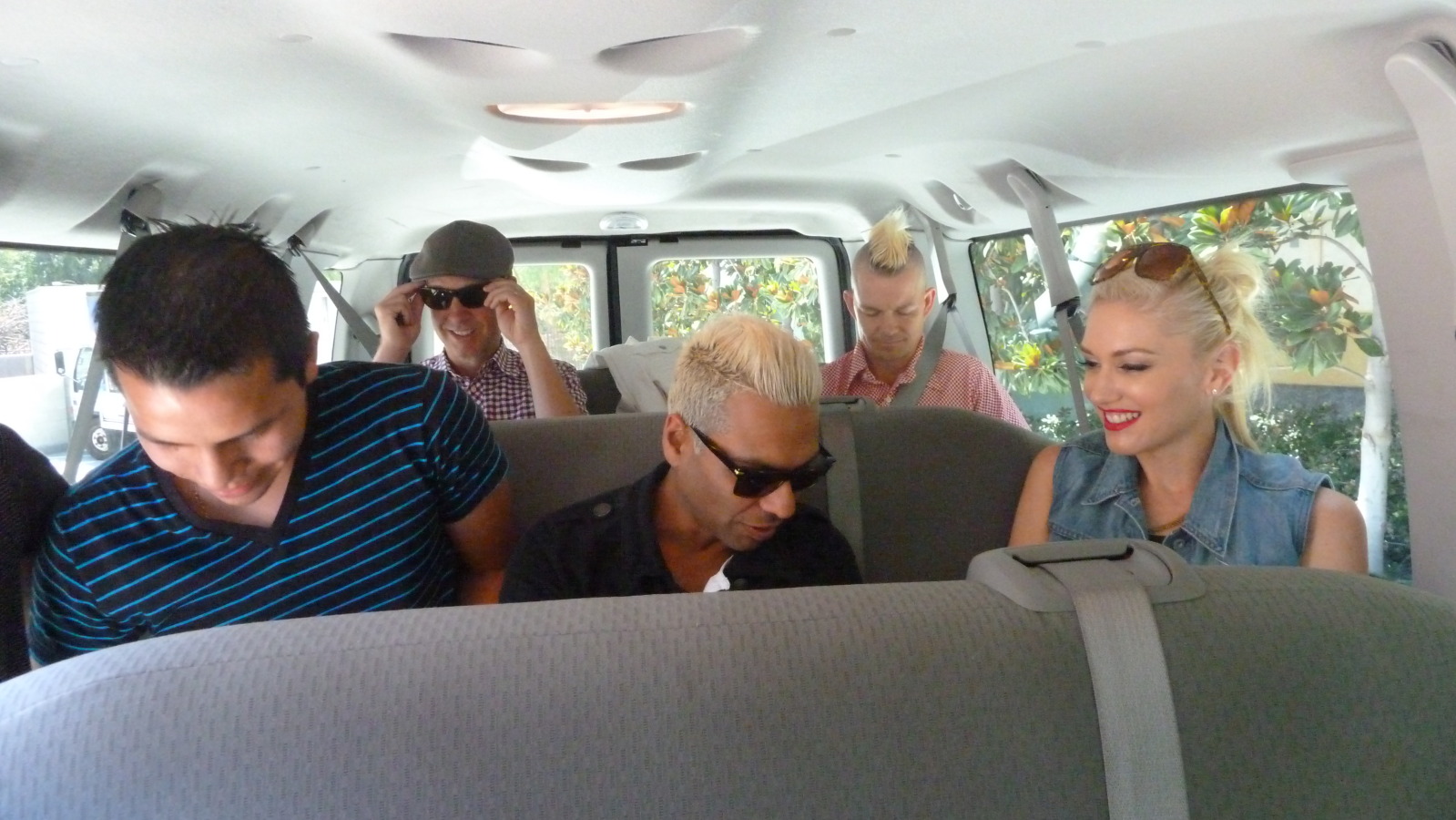 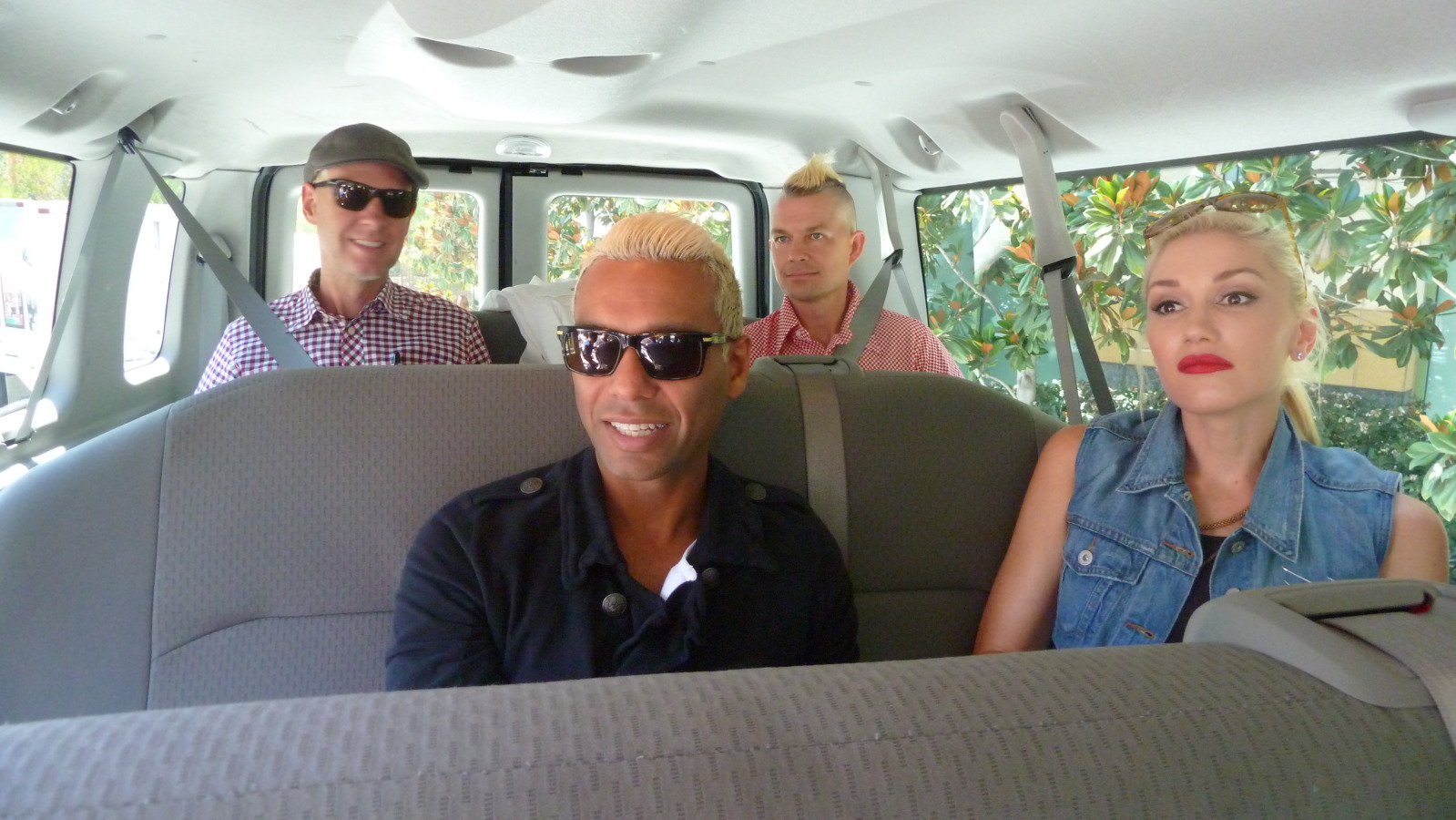 Thanks so much to Erik and Greg for sharing their story of meeting No Doubt this afternoon while the band was doing their interviews with LA radio stations!! They actually got to sit inside the band’s van,got autographs,and had the chance to talk with ND for a few minutes. Gwen told them that the band isn’t sure yet if ”Push And Shove” will be the next single,but that radio is starting to play it and that the band is talking about what to do about the next video. She also said the band plans to start touring next summer! The band’s manager also hinted that she was going to ask iHeartRadio to give away tickets to the iHeartRadio Music Festival to fans who missed out on getting tickets to the sold-out show. Erik and Greg asked Gwen if the band is planning on having an album signing in LA,and Gwen thought that was a really good idea!  The two then got to take a photo with the band (which @nodoubt ReTweeted earlier!) and gave their permission for the footage of their meeting to be used for an upcoming webisode! Congrats to Erik and Greg on such an amazing experience!!!!!

Okay, well, we knew from last night that ND was going to be at 98.7 LA. So we were going to try to see them today, and we assumed sometime in the early afternoon. When we woke up today, we saw lots of radio stations/DJ’s saying they were interviewing the band (the ones I sent you earlier, so I know for sure they got interviewed by them!).  So, we left at 11AM, went to where 98.7 & 104.3 are located. We waited where the exit is & there were 4 paps. We waited for 30 minutes & then we saw the band enter a black van. Then the paps went into their cars so they could chase it. We waved our Tragic Kingdom vinyl and our bag of CD’s at the van & they stopped. The security guard came out and flagged us over to the side of the car. We walked to it & he opened the door & we saw the whole band, a woman I believe is their manager or PR & a man with a video camera. We then said hi & the band invited us to sit inside the car with them so we sat next to Tony & Gwen. Then we had about 5 minutes with them to ourselves. We got our vinyl, Rock Steady & Gwen’s solo L.A.M.B album signed. We had all our CD’s and we told them & asked if they were in a rush. Tony said yes but they were all EXTREMELY polite & nice to us! So we just got those signed and we were more than thankful. I asked the band a few questions. I asked if P&S was the next single & Gwen said they didn’t know yet and weren’t sure. But that radios just started playing it. She also said they were just talking about the video & what to do. Then they asked if we liked P&S or SD better to which we said  we couldn’t pick but they both brought out amazing emotions in us. Then I asked about the next tour, & asked when they would start. Gwen said they were thinking next summer & I said that’s when I thought they would start! & they all laughed at that. They were all really friendly & laughing and smiling at us. Then they talked to us about iHeart & asked if we were going. & we told them that it unfortunately sold out before we could get tickets even a minute after they went on sale. So they were all bummed. But then I asked if they were going to do what they previously said and try to give tickets away to their fans. Then the manager said they specifically didn’t have any tickets, but because of how we asked she was going to try and ask iHeartRadio for some to give away. Then I finally asked if they were going to have an album signing, particularly in LA. & Gwen was like, ooh! Hmm, idk! wow that’s a really good idea! A REALLY good idea! & then we got a picture and we were filmed the whole time. & we were asked to give the cameraman permission to us the footage for a webisode. & then we said thank you so much & we said goodbye & they were on their way to I’m guessing the rehearsal! & that’s all I can really remember like question wise! 🙂 oh! & they asked us how we knew they were there & we said Twitter! & they all laughed & smiled at us 🙂

UPDATE: Thanks so much to Greg for sharing more photos of himself and Erik meeting ND in their van today!