UPDATE 2: The auctions for the 2 guitars are now closed: the No Doubt-signed guitar sold for $3,650,while the bass guitar signed by Tony and other famous bassists sold for $2,225 for a grand total of $5,875 raised for Frank Ruffino’s medical expenses! Thanks again to No Doubt for their generosity–we continue to keep Mr. Ruffino and his family in our thoughts and prayers. Remember,donations can also be made via FundRazer.

UPDATE: The auction is now open HERE;bidding for the autographed No Doubt guitar has started at $199. The auction ends on April 30 at 8 PM PDT. Good luck to everyone placing a bid-we hope a lot of money is raised for Mr. Ruffino!

Tony just tweeted that he and the rest of No Doubt donated an autographed guitar as part of a Unite the United Foundation auction to benefit Orange County guitarist Frank Ruffino,who is in critical need of a liver transplant. The auction will help raise the money needed for the approved operation, transportation to and from Jacksonville,Florida where the procedure will be done, and associated medical expenses. The auction will be conducted online but there will be a preview party tomorrow,April 20,at The 2nd Floor Art Food and Drink in Huntington Beach,California where the memorabilia items can be viewed before the bidding opens on eBay tomorrow night at 8:00 PM PDT and runs for 10 days. Donations can also be made via FundRazer. Many thanks to No Doubt for so generously contributing to the auction-we send our prayers and best wishes to Mr. Ruffino and his family. 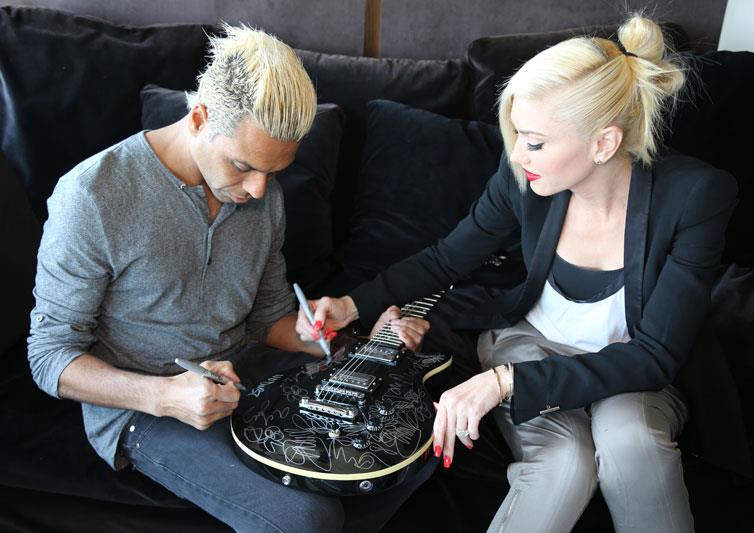 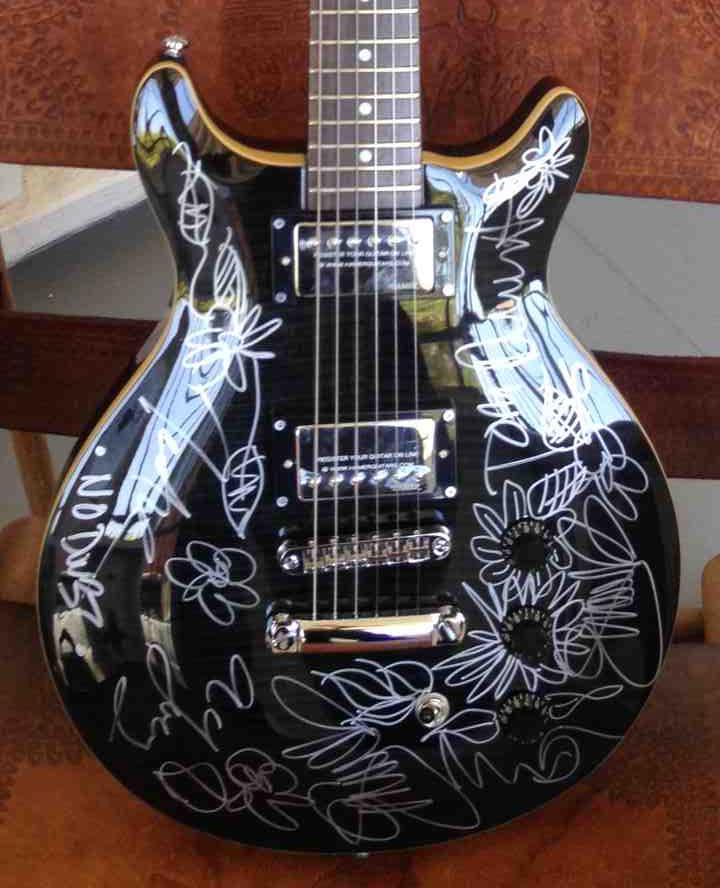 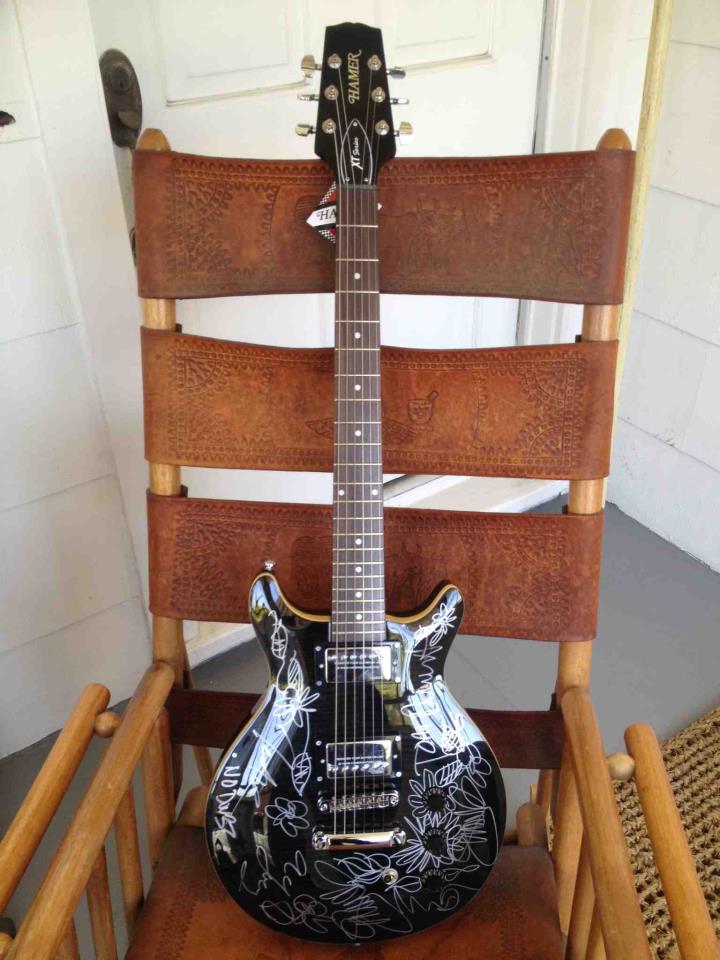 Frank Ruffino of The Outsiders and China White (pictured right with his wife and children in 2009), one of the Orange County musicians whose energy, style and tone helped define the Southern California hardcore punk sound is in critical need of a liver transplant.

Musicians, family, friends and organizations such as Music Cares Foundation, Unite the United Foundation (founded by Vans Warped Tour creator Kevin Lyman) , OC music venue The Observatory (formerly the Galaxy) and restaurant, art and music salon 2nd Floor Art Food and Drink in Frank’s hometown of Huntington Beach as well as the downtown Los Angeles Punk Rock Museum are all stepping up in creative ways to help raise the money needed for the approved operation, transportation to and from Jacksonville Fl. where the procedure will be done, and associated medical expenses.

The auction will be conducted online but there will be two preview parties where the memorabilia items can be viewed before the bidding opens on eBay (http://shop.ebay.com/merchant/unitetheunited ).

If you are a musician, artist or fan that would like to contribute instruments, artwork or other items you can contact the Unite the United Foundation via Facebook: https://www.facebook.com/events/512220688823953/

EDIT- No Doubt let everyone know that there’s another bass guitar in the auction that is signed by Tony and other bass players;the current bid is $785 and bidding for this guitar also ends on April 30 at 8 PM PDT. 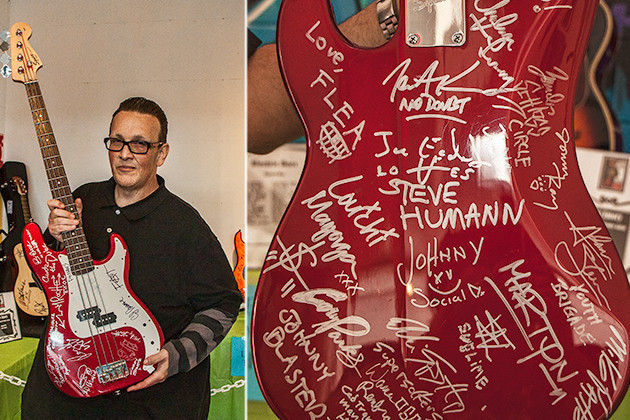 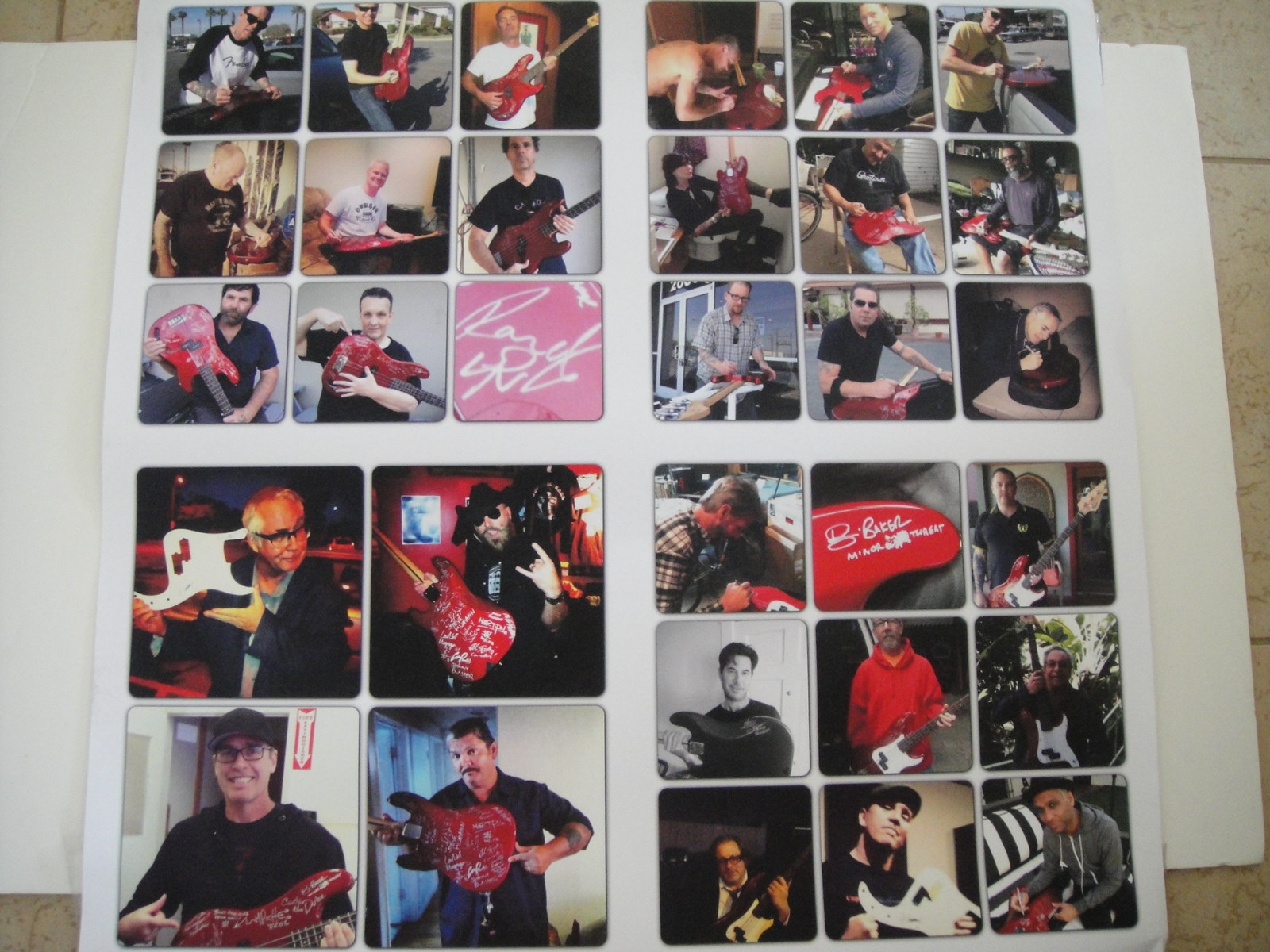