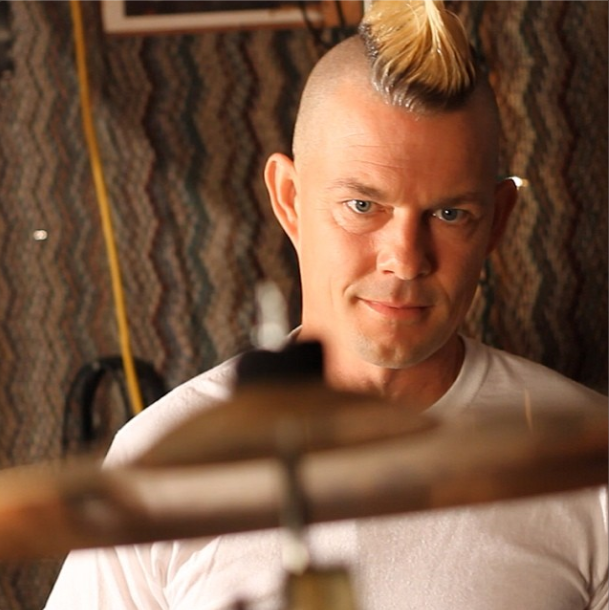 Thanks to video editor Chito Tafy for sharing a HQ screenshot from the 2012 Havoc.tv interview with Adrian that he filmed and edited. We had originally posted a youtube video of the interview here in September of 2012, but the video has since been set to private; for anyone who may not have seen it,check it out below courtesy of Tafy and the Havoc.tv website. In the video Adrian talks about his love of drumming,the stories of how he joined No Doubt and hearing ”Just A Girl” on the radio for the first time,the band’s decision to take a break in 2004,and his passion for golf. The video also features footage of Adrian on the driving range and jogging with his daughter Magnolia in a baby stroller,as well as Adrian giving a tour of the Olde English-style bar in his home.