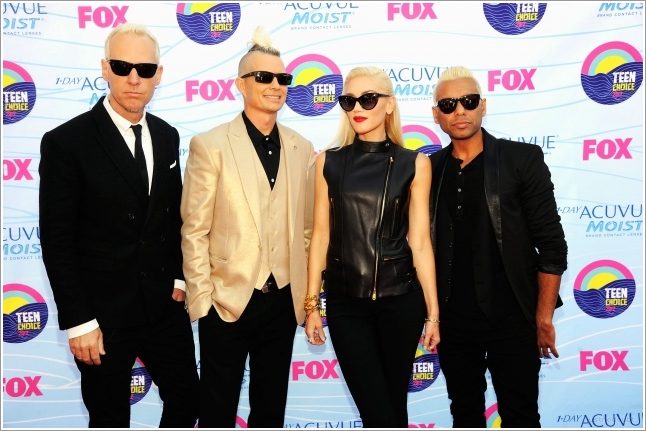 With the Teen Choice Awards airing tonight,just thought we’d take our annual look back at No Doubt and Gwen’s past appearances on the show. No Doubt performed ”Simple Kind of Life”at the awards in 2000 and ”Hella Good” in 2002 (the performance was re-broadcast from a German TV show),and won in 2004 along with Blink-182 for Tour of the Year. Gwen performed ”Let Me Blow Ya Mind” with Eve and won for that song in 2001,and Gwen also performed ”Hollaback Girl” on the awards show in 2005,winning even more Teen Choice surfboards,including the first-ever Visionary Award. And of course No Doubt performed ”Settle Down” live for the very first time at last year’s show. What is your favorite No Doubt Teen Choice Awards moment?