How cool is this? Adrian just tweeted that he has collected a bunch of photos of fans with No Doubt tattoos and that he will be tweeting a photo of one tattoo each day until the premiere of the ”Settle Down” video on July 16! We look forward to seeing Adrian’s photos-good luck and congrats to any No Doubters whose tats he chooses to post!

@AdrianYoungND I’ve collected pics of people that have ND Tattoos. Once a day I am going to tweet a pic of each tat until the premier of the video.

UPDATE: Wow,that was fast-Adrian just posted the first pic! Does anyone know which lucky No Doubter this is? 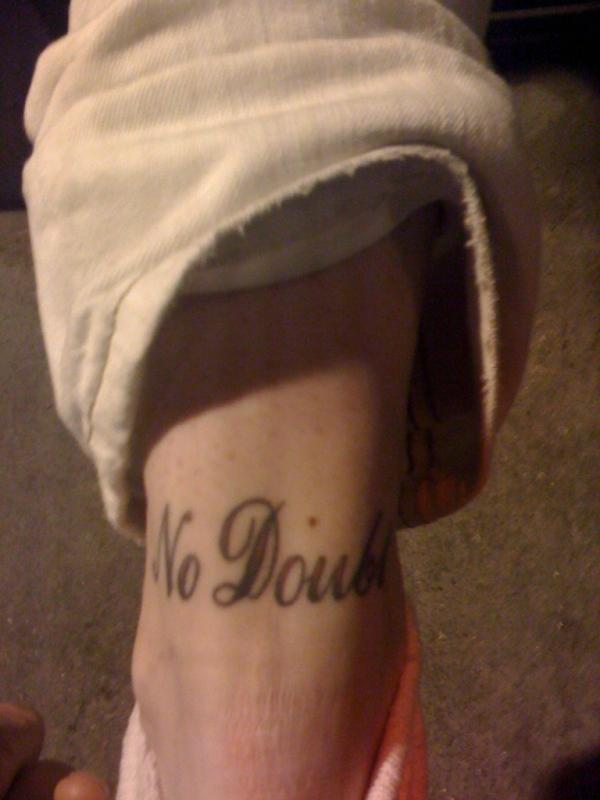