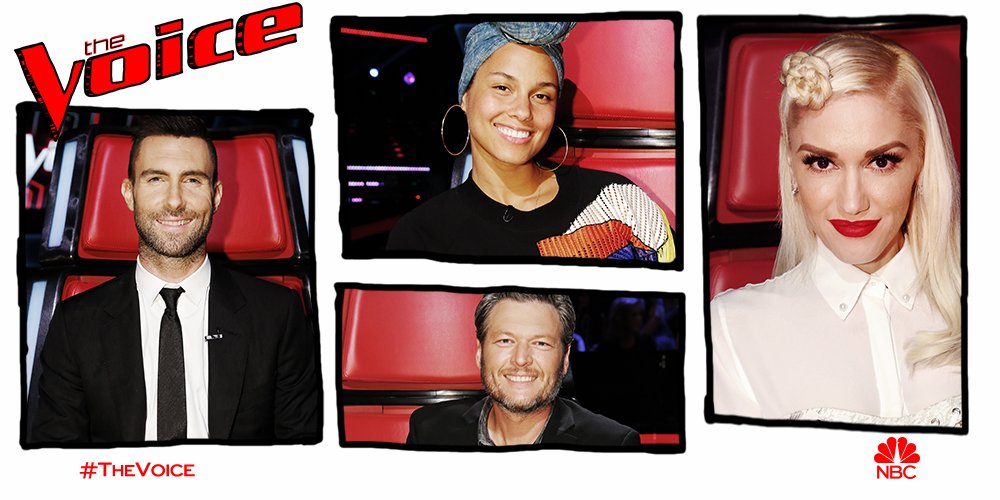 It’s official! Blake Shelton was on the Today Show just now to announce the coaches for season 12 and confirmed that Gwen is back, alonside himself, Adam Levine and Alicia Keys and also that Gwen will step back on season 13 with Miley Cirus returning as a coach. After weeks of guessing and teasing from previous coach Cee Lo Green that the original 4 might be returning we finally get confirmation to the new coaches line up.

.@gwenstefani will be back on @NBCTheVoice next season! https://t.co/TobxTacD3V pic.twitter.com/VMIMoNH6L2

Breaking news! RETWEET to welcome @gwenstefani back to #TheVoice for Season 12 with @adamlevine, @blakeshelton and @aliciakeys. ✌️ pic.twitter.com/0xA6uX9ivB

‘The Voice’ Renewed Through Season 13 — Which Coaches Are Returning? https://t.co/42soJsfS8p