Thanks so much to our good friend Jason for sending in to us photos of the awesome Nissan 350Z car that No Doubt autographed during their 2002 free show in Nashville,TN that is on now on display at Lane Motor Museum! The car is on loan to the museum and will be on display until October 22 of this year-there is more info on the exhibit here. We hope some fans in the Nashville area can see the car in person! Check out Jason’s photos and story below: 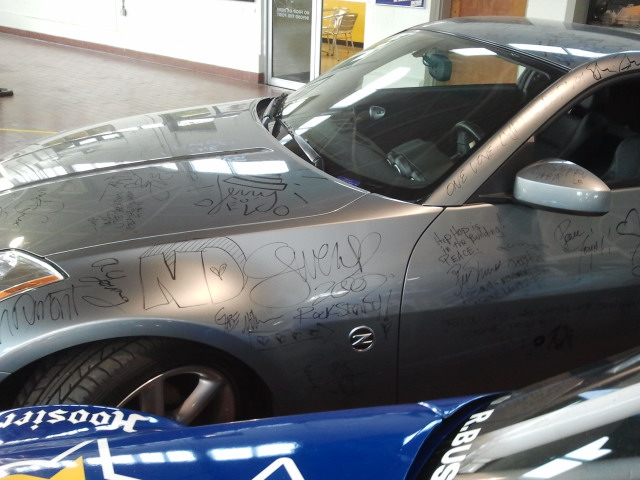 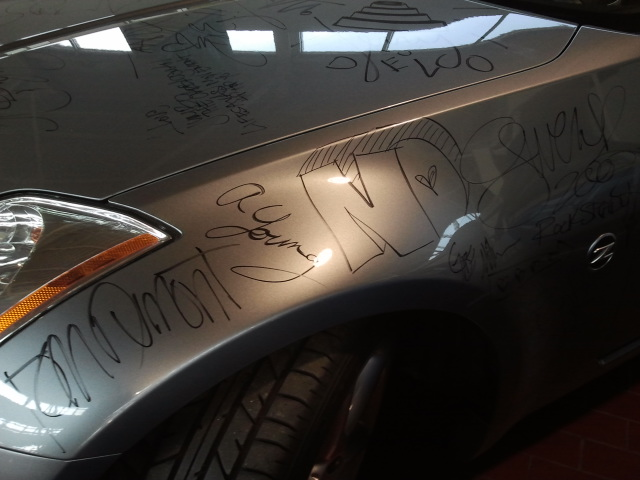 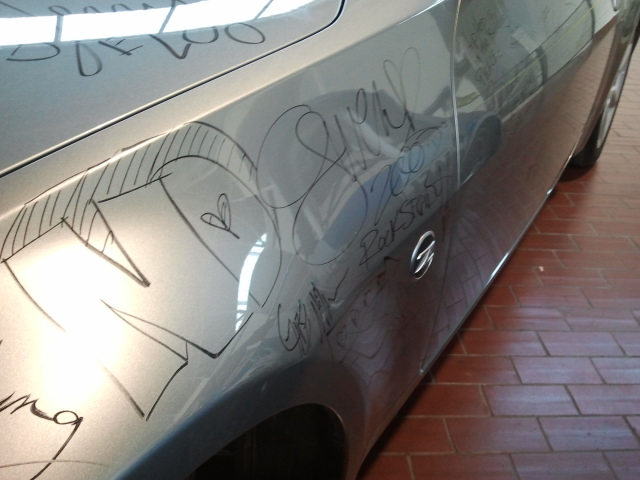 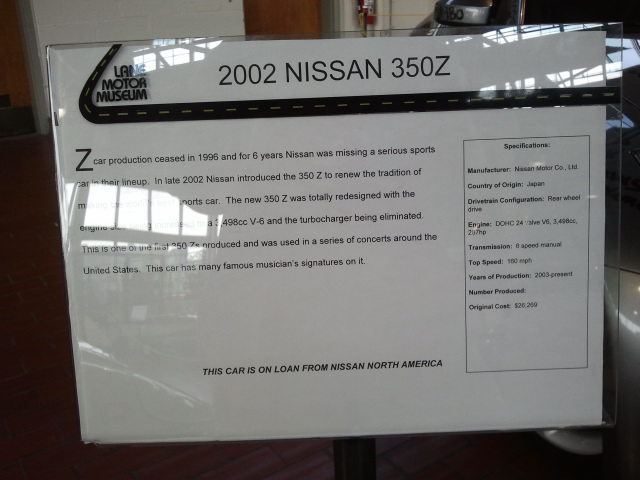 On 10/14/2002 No Doubt did a special free show at the corner of 1st
Ave. and Broadway in my hometown of Nashville, TN. A high school
junior at the time, I skipped school and got there at 6am to be first
in line for the 12:00pm show. I was front row and as a result, I was
able to get my Rock Steady CD signed by Gwen and Tony. The event was
sponsor by Nissan North America as promotion for their new car the
350Z. As a part of the promotional tour each band that played signed
the car.

Well today, while visiting the Lane Motor Museum in Nashville, TN. I
FOUND IT!!! The car signed by No Doubt is on loan to the museum from
Nissan North America and will be on display until October 22, 2012.
All the signatures are there and still highly visible 10 years later.
I think its great to have the car on display in my hometown, since it
is the reason I got to have such an amazing day.

Here’s one of the videos from that 2002 show in Nashville: