Thanks to Elizabeth Elle for sharing her photo of a No Doubt mention featured in a timeline that’s part of the Fullerton College Centennial exhibit at the Fullerton Museum. We’ve transcribed the passage below-we love the praise for Gwen and their guys from their hometown college. 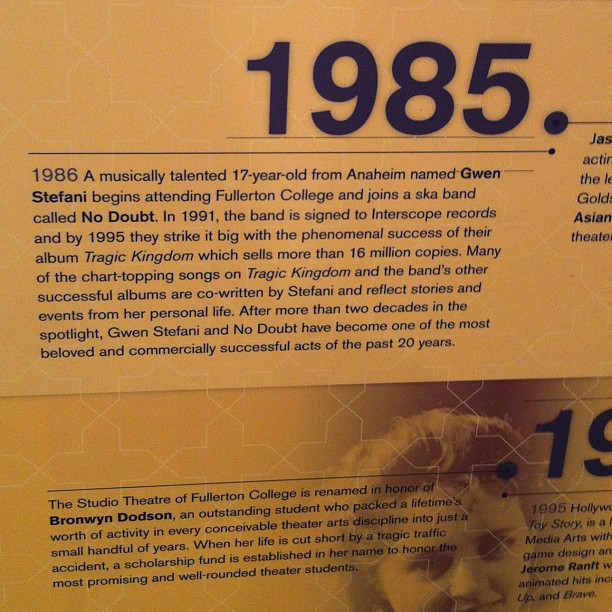 1986 A musically talented 17-year-old from Anaheim named Gwen Stefani begins attending Fullerton College and joins a ska band called No Doubt. In 1991,the band is signed to Interscope Records and by 1995 they strike it big with the phenomenal success of their album Tragic Kingdom which sells more than 16 million copies. Many of the chart-topping songs on Tragic Kingdom and the band’s other successful albums are co-written by Stefani and reflect stories and events from her personal life. After more than two decades in the spotlight,Gwen Stefani and No Doubt have become one of the most beloved and commercially successful acts of the past 20 years.