Thanks very much to photographer Sergi Bancells for sharing this awesome photo of Gwen that he took during a 1997 No Doubt concert in Barcelona, Spain; he dated the photo as being from the band’s March 8 show there,but it’s actually from their October 4,1997 show at Barcelona’s Sport Palace. 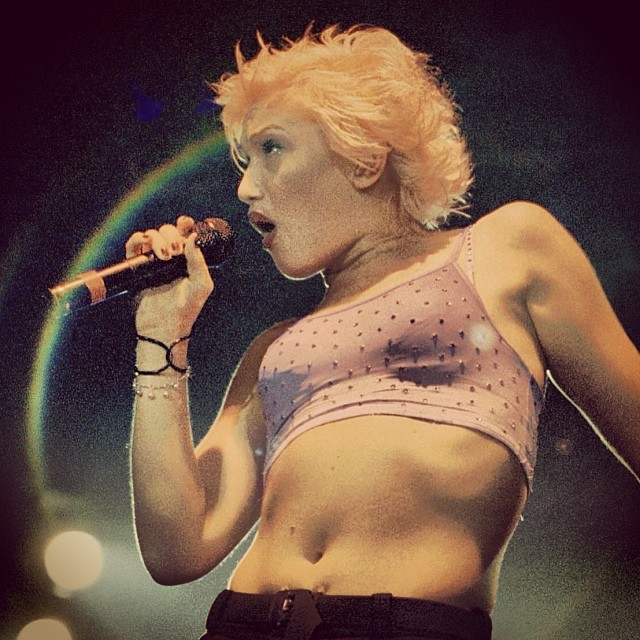