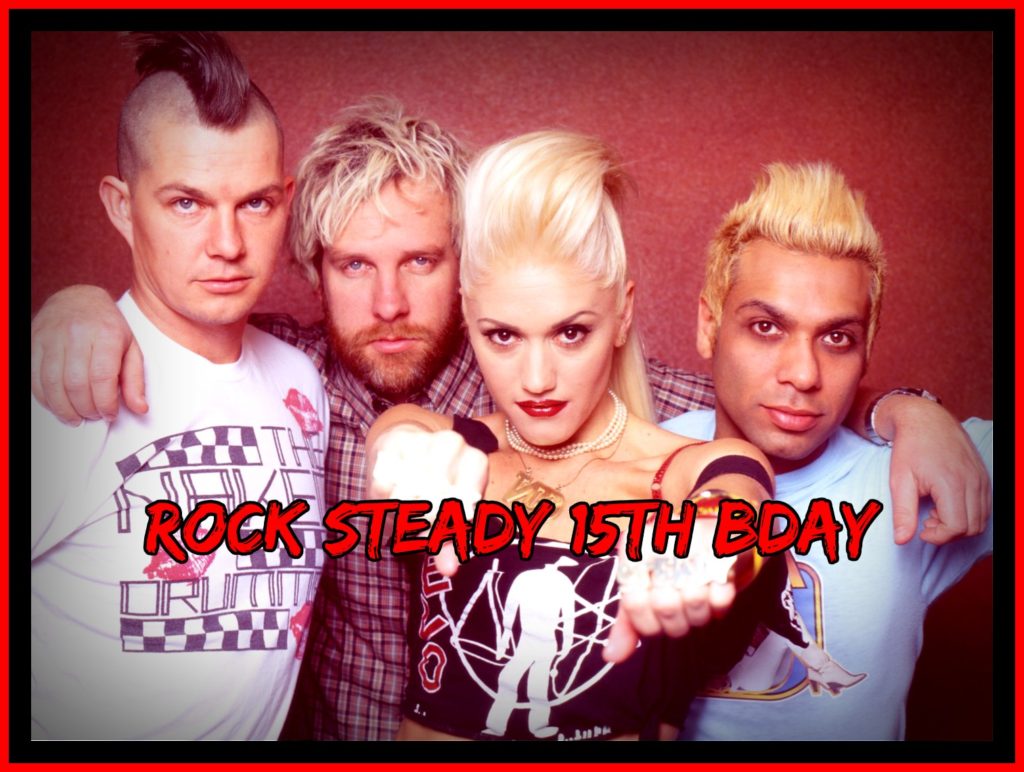 No Doubt’s 5th studio album, Rock Steady, was released 15 years ago today. Recorded in 3 different countries (US, UK and Jamaica), the record counts with heavy producers Nellee Hooper, William Orbit, Ric Ocasek, Sly & Robbie, Steely and Clevie and Dr.Dre, and songs written by The Neptunes, David Stewart and the legend Prince (also with producer credits!). The album has a total different vibe from Return of Saturn, and was inspired by their backstage parties during their last tour and made the band decide they wanted to explore more dancehall rhythms. The album was well received by critics and sold around 3 million copies and debuted at #9 on the Billboard 200 charts (254,000 copies sold on it’s release). The album was certified a double platinum by RIAA on October 11, 2002. No Doubt won 2 Grammy Awards for “Best Pop Performance by a Duo or Group with Vocals” in 2003 and 2004, for Hey Baby and Underneath it All. Till this day Rock Steady is considered one of the best albums by the band and loved by fans. And it was also one of the most amazing ND eras, with so many AMAZING performances.

We celebrate Rock Steady’s 15th anniversary by looking back at some of those amazing memories. ENJOY!!!

Underneath It All Acoustic – Live at MTV’s TRL 1000th episode

Underneath It All & Hella Good Medley at the Grammys