This past days we looked back at all the times No Doubt has hit the stage to perform on KROQ’s Almost Acoustic Christmas. Even though No Doubt did not perform this year, Tony and Adrian were in attendence and even helped KROQ’s DJ, Ted Stryker to introduce Green Day on night two, on December 11.

Respect for the American punk rock legends ran high throughout the night, with many of the earlier bands shouting them out during their sets. KROQ DJ Stryker even brought No Doubt’s Adrian Young and Tony Kanal to introduce the band (source: KROQ)

We won’t deny we would prefer to see the boys performing with No Doubt or Dreamcar, but it’s good to see them out and about! Who knows? Maybe next year we will see them hit the stage and rock out! 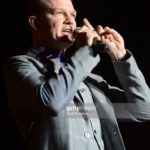 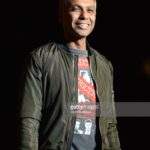 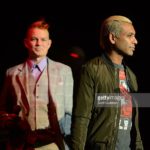 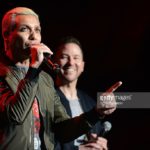 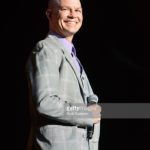 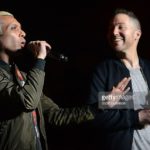