Alternative Press is already calling the album one of the most antecipated ones for 2017! The album don’t have a release date set, but for what Tom replied to fans, they recordings were under way and it looks like they are getting very close to finish it. AP sat down with Tony to know more about the new project, and he’s super excited for people to hear their debut record. He also says he can’t stop listening to it on his car (fans will remember that this is a tradition of ND members) and that they are on the final stages of finishing it up. He did not gave much detail to what the new band sounds, but confirms the sond is 80’s inspired (yay!!) but that it’s a rock record. Tony adds the process of making new music was “organic and unforced”. 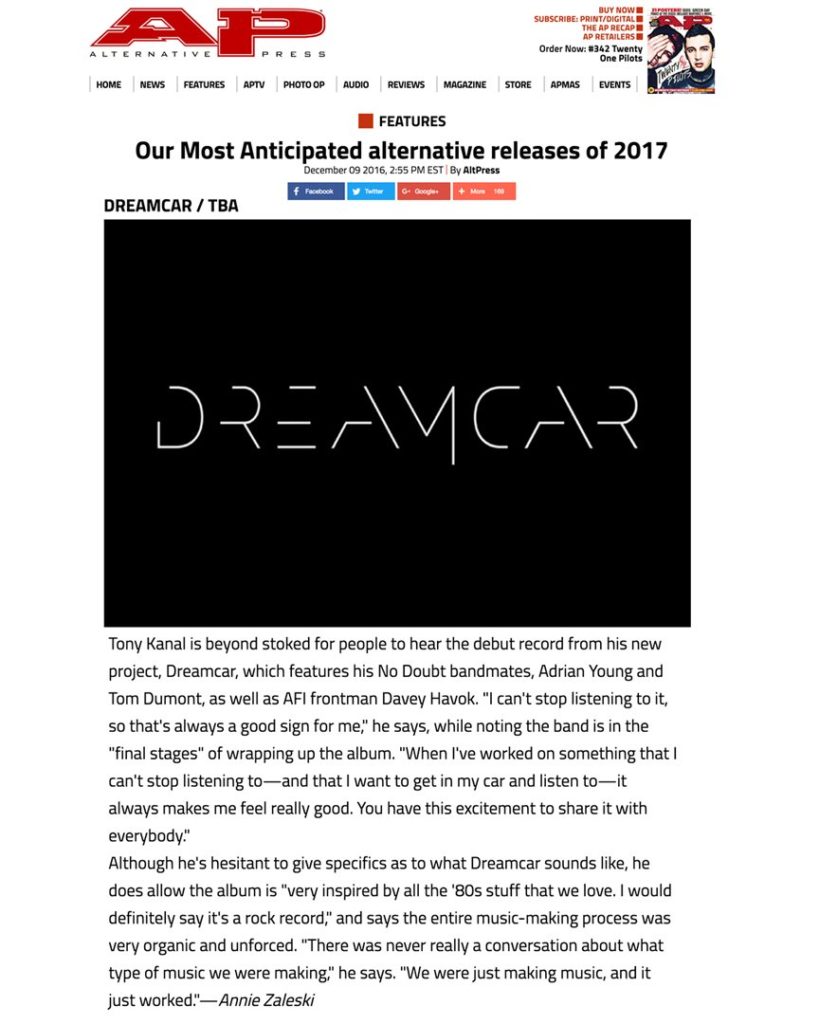 We are super excited to hear more and getting music soon! How about you?