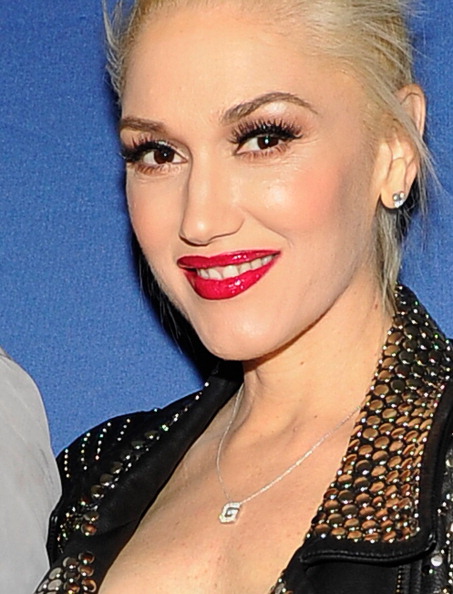 ABC News is pretty much confirming that Gwen will be one of the presenters at the 1st iHeartRadio Music Awards to happen today at 8 p.m. Eastern on NBC!

What color hat will Pharrell wear this time?

The “Happy” singer is set to perform at the first iHeartRadio Music Awards on Thursday at the Shrine Auditorium in Los Angeles. Rihanna, Diddy and Jennifer Lopez will attend, and A-list acts from Drake to Blake Shelton will hit the stage.

The three-hour, fan-voted show will air live on NBC at 8 p.m. Eastern.

While there are trophies, the performances will be the night’s main highlight. Kendrick Lamar, Ariana Grande, Shakira, Ed Sheeran and Arcade Fire are also part of the jam-packed line-up, which will include performances from L.A. venues including the Shrine, the Roxy and the Hotel Cafe.

Rihanna will battle the boys for artist of the year. Nominees include Justin Timberlake, Maroon 5, Macklemore & Ryan Lewis and Imagine Dragons.

Presenters include Gwen Stefani, Lionel Richie, Selena Gomez and Juanes, while Lady Gaga and Katy Perry will make “special appearances,” though it’s not clear if they are attending.

Rihanna is also nominated for song of the year. Her slow tune “Stay” will compete with Eminem’s “The Monster” — where she’s featured — as well as Pitbull and Kesha’s “Timber” and “Suit & Tie” and “Holy Grail” from Timberlake and Jay Z.

Lorde, Imagine Dragons and Macklemore & Ryan Lewis — who all won Grammys in their debut years — will compete for best new artist. Florida Georgia Line, Icona Pop and Passenger are also nominated in the latter category.