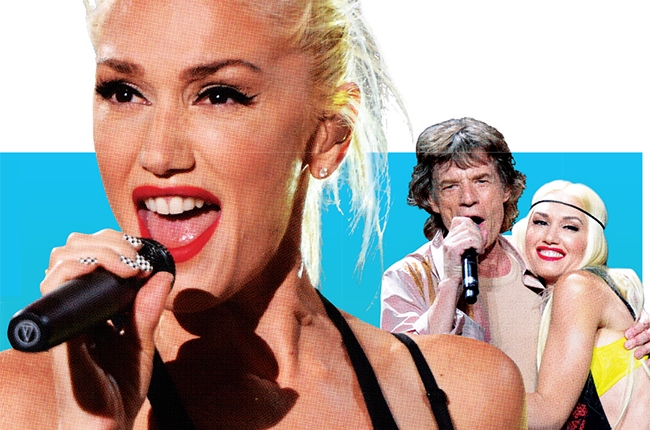 There’s a new article on Gwen at the May 3rd issue of the Billboard Magazine regarding the “The Voice” rumors and stating that she changed her management. Read the full thing below.

In orchestrating Stefani’s move to NBC, Irving Azoff pushes manager Jim Guerinot out of the picture.

Gwen Stefani is being wooed by multiple suitors. According to sources, the No Doubt frontwoman, 44, was close to signing on as a judge for ABC’s summer singing competition “Rising Star” before choosing NBC’s “The Voice.”

Helping sway the singer’s vote? Mega manager Irving Azoff (Eagles, Van Halen, Chelsea Handler). He suggested Stefani replace another of his clients, Christina Aguilera, who will take a hiatus to have a baby. Although at press time the deal was not yet done, Stefani is expected to join Pharrell Williams, who takes Cee Lo Green’s chair, for season seven in the fall. “She’s a friend of the family,” Azoff tells Billboard of his relationship with Stefani.

The singer and her band No Doubt recently parted ways with Jim Guerinot, their manager since 1998. Stefani’s defection marks the second longtime client to leave Guerinot’s Rebel Waltz Management. Trent Reznor split in December to join John Silva’s Silva Artist Management. Azoff denies that he has taken Stefani on as a client, but insiders claim otherwise.

As for “Rising Star,” it too has had some commitment issues. (The show is produced by Dick Clark Productions, which is owned by Guggenheim Partners, the parent company of Billboard.) According to sources, rapper Pitbull and country star Luke Bryan have turned down the show’s judging invitation. “Rising Star” has now set its sights on Kesha and Will.i.am, with manager Scooter Braun (Justin Bieber, Ariana Grande) being considered for a mentor role. (Reps for Kesha and Will.i.am had no comment. A rep for Stefani could not be reached.)

A judging spot on a network hit can be hugely lucrative. Salaries range from $1 million per season, as Demi Lovato got her first year on Fox’s “The X Factor,” to upwards of $18 million, which was Mariah Carey’s salary on the 2013 edition of “American Idol.” Aguilera is believed to have recently been bumped up to $12 million a season on “The Voice.”

Stefani — who gave birth to her third child with Gavin Rossdale in February — would likely command a similar fee. And on the social front, Stefani — who has 1.15 million Twitter followers — starts ahead of Aguilera, who has more than 12 million followers, but sent her first-ever tweet on her “Voice” debut. The main network consideration, says one source, is “finding the pop artist that has the reach and social media following that can help draw in viewers.”