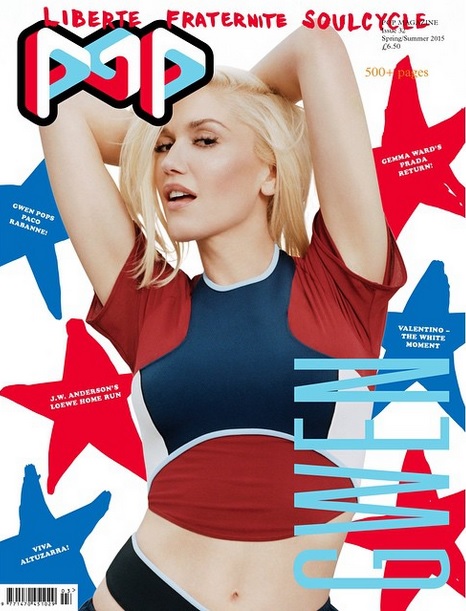 UPDATE: We just added the transcribed interview and some more pics from the photoshoot, courtesy of our friend Carly!

Brooklyn-based creatives might have their own fit permanent relocation to healthy and happening Los Angeles, but there is no uptaking the real deal, an authentic OC Girl.
Spark the Fire, Gwen Stefani’s collaboration and duet with Pharrell is all over West Coast drivetime radio and OMG OMG OMG the former No Doubt frontwoman is looking toned and totally fabulous just a few months after the birth of her third son, Apollo. Currently fronting US television’s The Voice and ???? to drop a feisty solo album in the spring, the original Los Angeles ladies all know it’s a #HollabackGirlMoment. If you’re just off the plane looking to jump that Raf/Hedi new LA dream, then put down your Moon Juice for 15 minutes and pay your respects. The original ‘Juicy Girls’, Pam Skaist-Levy and Gela Nash-Taylor, are hitting up Gwen Stefani on the most important issue for 2015: LIPSTICK.
Pam: Okay, so I’m recording.
Gwen: What did you press to start?
Pam: HOly shit the red button!
Gela: Okay
Gwen: ahahah, okay!
P&G: So, Gwen, you look insane. I mean… you have a one year old!
GS: Oh my God, thank you. Did you see how cute he is?
P&G: Oh my God it is off the chart.
GS: He is so rad. I love him.
P&G: He is so cute. That is our frist crazy question. How do you do it all?
GS: Honestly it’s been… So there is ZUma. THis is just from a couple of weeks ago [Gwen is holding up her mobile]. He is big. He doesn’t look as big in that picture…
P&G: He is gorgeous!
GS: But last year was full of surprises for me. I did not expect to get pregnant. It is just a miracle, a gift. Just before I had been trying to do the No Doubt record and to be a parent in a way that I needed to be at that point when things… you know, you go through different phases. At that particular time it was tough for me as Gavin was on tour. I really needed to focus on my kids. It was just a lot! It made the record a really drown of process which I think in some ways was frustrating for everyone. That record finally came out and it just didn’t feel exactly like how we wanted it to, so we went back into the studio to write, and then I got pregnant. Then I was like, now this is what I’m going to do! I am going to let the record go for a minute and I am just going to do nothing but be pregnant. And I did that for the whole pregnancy, but meanwhile I was like, okay while I’m home, I’m just really going to work on my brands again, I had neglected them just because you can’t do everything at once… Oh and this is Zuma kind of growing up now, but his hair has a filter on in that picture.
P&G: Gorgeous! Over this past Christmas we were talking about you and Zoe [Gel’s daughter] was like “do you remember when Gwen signed my mirror up in the bedroom?!” Do you remember that?
GS: Yeah at that dinner you had.
P&G: And I wanted to as you this – because I remember at that dinner we were in the backyard and you said to me, “do you ever like pinch yourself and say we are the luckiest girls in the world How did we get so lucky?”
GS: Yeah well I was thinking about you guys because at that time I think I had just started my line and your thing [Juicy Couture] had become a blaze of fire all of a sudden it was everywhere. Anywhere you looked you would see the sweatpants. It was very of the moment. That was really intriguing to me. And I know it was very home-grown which also reminded me a lot of my band. Plus you were married to the Duran Duran heart-throb Gela – it’s just crazy! It’s all so many layers of coolness – but I do remember that! I constantly think about it. Just right now we are doing this interview and I’m like ‘who am I? How does all this stuff happen all the time?’ It is so incredible.

Gwen graces the cover of UK’s Pop Magazine, set to be out next Monday! We’ll have more info once it’s out. Here are a few more pictures from the magazine. 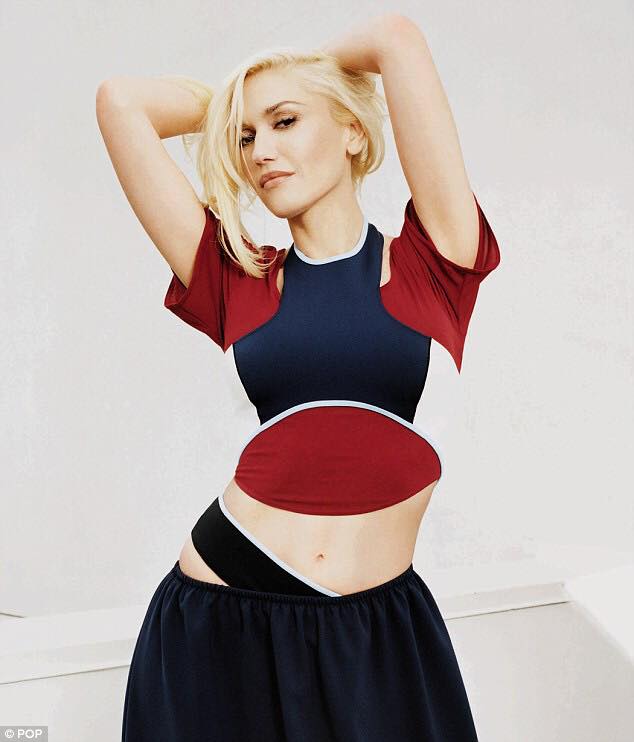 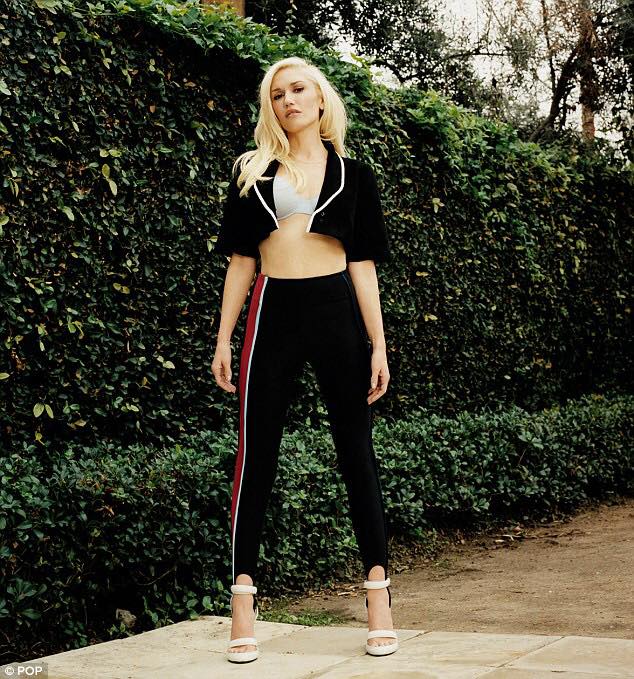