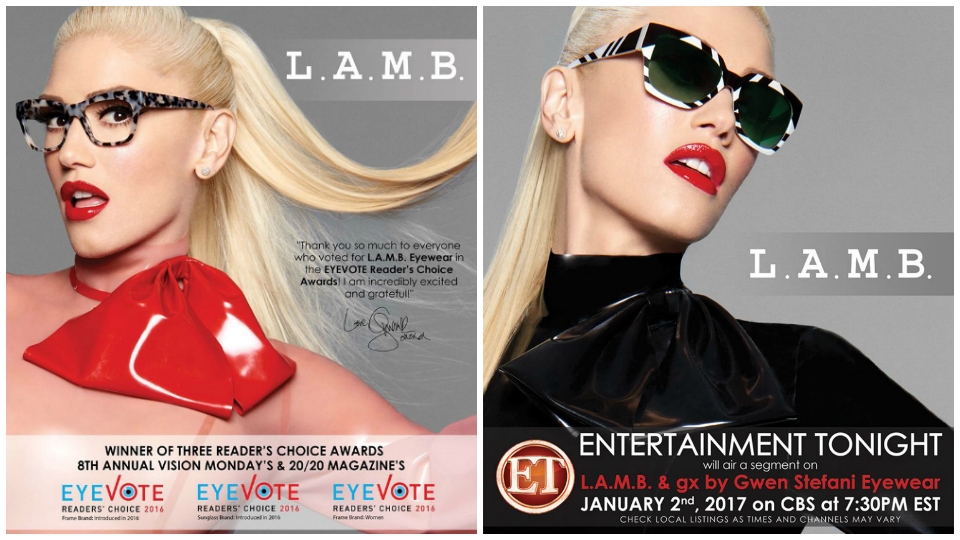 If you follow Tura Inc., Facebook account, you might have noticed they have released two new promo pictures of Gwen modeling L.A.M.B eyewear. The first one was to congratulate the partnership for wining Frame Brand for Women, Frame Brand Introduced in 2016 and Sunglass Brand Introduced in 2016 during the 8th Annual EyeVote Readers Choice Awards presented by two major publications target for eyewear, Vision Monday and 20/20 Magazine. Today, their profile released a new promo announcing that on January 2nd, a :30 spot will be shown on Entertainment Tonight (CBS) about Gwen’s involvement with the company her Gx and L.A.M.B products. We knew a “season 2” of her eyewear lines were due soon due, since she Snapchated her photo shoot for the new line back in September.

We have a feeling the new line will debut soon and that’s why Tura Inc. social media is uping their promo!