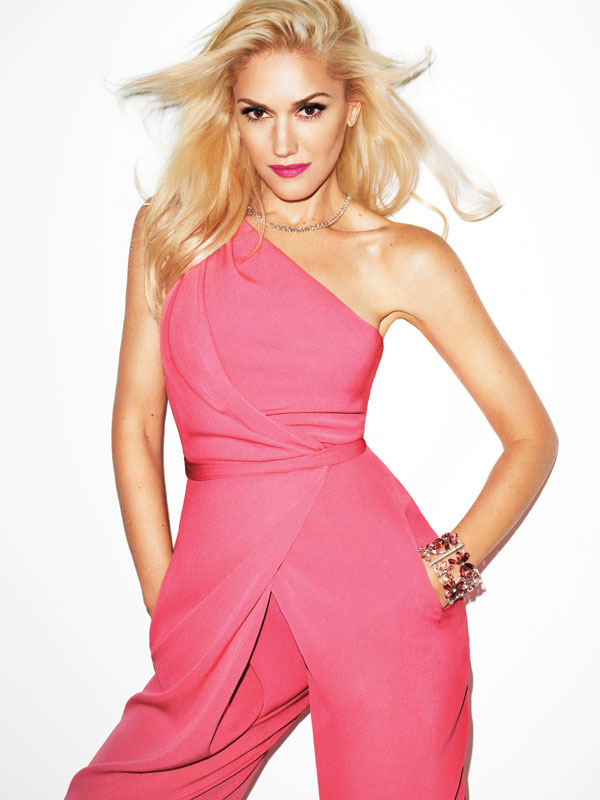 Check out a revealing new Gwen interview with Derek Blasberg!

Full disclosure: The first time I ever met Gwen Stefani was in 2001, when I was a freshman in college, at the afterparty for the VH1/Vogue Fashion Awards. (Remember those, anyone?) It was at The Park on 10th Avenue and my brother was with me. She was wearing the wide-gage fishnet stockings, cargo pants, wife beater tank top and pointy toed boots that John Galliano had designed for Dior, and she standing on the patio on the second floor. Feeling a little tipsy, my brother, who is truly a lifelong No Doubt fan and only dated blondes who would entertain his SKA music preference, went up to her and asked for an autograph. We didn’t have paper or anything, so we found a pen and presented her with a pack of Marlboro Lights, which she laughed at (at us?) and signed. I still cringe every time I think of this.

Point of the story: I have been a Gwen fan for more than a decade. Since No Doubt’s 1995 record Tragic Kingdom, to be exact, though in the pre-internet world the record didn’t make it to Missouri till about 1997. (I’ve crossed paths with Gwen a few times since then, and I’ve told her the story of the brother and the nicotine autograph and she just laughs. Thank goodness.) Which is why I was so enthusiastic about seeing her again for Harper’s Bazaar’s September issue cover story. I’ll include that and some of Terry Richardson’s fabulous pictures below, but after the two of us finished dishing on her style choices – few women have done more for platinum blondes and red lipstick since Marilyn Monroe – we started talking about her new album, Push and Shove, which I can’t wait to get my hands on. So I thought anyone who is as a devoted fan of the Gwen songbook as I am would find some of these thoughts interesting. And then, for the rest of us fashion folk, check out the full article below.

On the new record’s sound: “It’s really upbeat, which is surprising, it’s kind of a combination of everything we’ve ever done. It has that reggae thing in it, it has a lot of 80s sounds, it’s very happy and upbeat, but it’s confessional too. My last records and my solo stuff were not to be taken too seriously. They were dance records. They were, like, silly. They’re not about being deep, but [this record] is a little deeper. This is more like a No Doubt record. I think it sounds like us. It sounds so much like us, but fresh. In a new way. I definitely think it’s the best work we’ve ever done. I’m sure everyone says that about a new record and I am always like, my favorite thing is whatever I’m working on. But it’s true: this is my favorite thing.”

On being nervous about releasing a new record: “Yeah, I’m nervous. I haven’t put a record in a long time, and there’s so much passion that you put into it. And then all of a sudden, it’s out. This is the best part because no one has heard it, because you’re so proud of it and you love it, and no one has criticized it. I’m really excited for the people I know who have followed us and are supporting us. They’re going to love it. If I love it, they’re going to love it.”

On getting back into the groove: “I would be with the baby all day, do the baby stuff, and the fashion stuff, and all the stuff that I do, and then at 4pm I would go to the studio and say, ‘Let’s write this record.’ Before, when we would write, we’d stay up all night. But now, it’s like, how do I force myself to write? What do I write about? I mean, I’m married. Know what I mean? So weird. Then, when we wrote the first song, which is called Undercover, it was like, oh my god, we can do it.”

On writers block: “To be honest, by this point in a career, it’s hard to get inspired. You’ve already sort of done it all. [When you’re starting out] you don’t have that house, and you don’t have that car. There’s ambition. Look, we had to fight for it, and all that desperate-we-want-to-do-it-so-bad is what made it so good. It’s really an inspired record.”

On being shocked by No Doubt’s early success: “We weren’t working towards fame. That’s what’s weird. We were working toward playing shows and getting more shows, but not because we ever thought we’d break through. We were in a scene that we thought would never go mainstream. The idea of getting on the radio was beyond all possibility. This is in the middle of grunge, remember. I’m sorry, but why would that happen? It was Nirvana. And then it just got on the radio. And then Tragic Kingdom came out and we went on tour and we never came home.”

On writing lyrics now: “Do I write in a diary? Not now. I used to have journal, of course I did. But now with the kids and stuff, it’s like, when? I don’t have time to go to the bathroom, let alone do a journal entry. This was the first time I wrote with someone else, besides when I did my solo stuff. [Tony Kanal and I] just sat on the couch and we actually wrote lyrics together. Normally, I would write all the lyrics, but I couldn’t do it. I needed someone to go, ‘What about this?’ I needed someone to push me. Piece it all together, torture torture torture, and then we’d have the whole string of the song, and then I’d just have to write the lyrics. Which was a whole other thing: what am I going to write about? But, interestingly, even though I have so many blessings in my life, there’s always something to complain about. That’s life.”

On the last song that made it on the album, Undone: “The last song we we wrote was a song called Undone. I had gone to London and I said I’d go work on it, and they were like, ‘She’s not going to do it, she doesn’t work on anything when she’s not here.” But I got to London and one night when the kids were at the their grandparents’, and I was looking at old videos, watching Garbage videos, and the stuff you do when you have the luxury of that time. And I said, I’m going to pull that song out. I did it. I wrote the words. I got back to LA and they were like, ‘What? You did something?’ That turned out really good. We didn’t struggle over it. Sometimes it just happens.

On the color pink: “You know, I’m feeling pink again. Ten years ago, when I did pink the first time, I was like I never want to see that color again. It represents girls. It’s like I had that line in ‘Just A Girl’: Take this pink ribbon off my eyes.”

On the song, Just a Girl: “When I wrote that, who knew? Who knew! I can remember sitting on the my bed, and my sister was on the phone, I’m at my parents, it’s three in the morning, and I’m writing this song. It’s so weird, right? I didn’t even think anyne would ever hear that song, let alone it become a hit. Recently, we just did some small impromptu acoustic things, and we did that song and I was wondering,’How is this song going to work now? Am I the other girl that I used to be? But it totally still works. Obviously, I’m not that girl anymore, but it still works.”