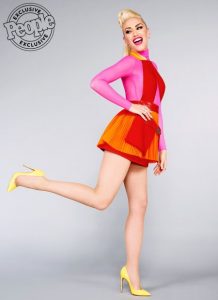 Gwen chats with People magazine about how happy she is, saying “I’m the happiest I’ve ever been”. She talks about being in a new phase im her life after her divorce from Gavin last year and

I feel like I’m in the next chapter moving into the next phase of whatever just happened. Even though that year was challenging, it was also one of my favorite things that ever happened to me.

She talks all the projects she was involved this year, from her #1 album to hew cartoon Kuu Kuu Harajuku debut on Nickelodeon, as a way to heal herself from what happened.

Honestly, I was trying to help myself first and I didn’t have any vision about what the outcome would be when I was in the middle of it. It was about getting out what I needed to get out and using my gift to try to heal myself.

Gwen also talks about toruing this summer and how it was to see the impact her music has on fans.

When you’re face to face, you kind of know each other because they know what you went through and they supported it. They just literally turn you around and there’s so many beautiful experiences.

For the complete interview be sure to pick up your copy of People on newstands! Once we get ours we will post more about her interview.

People’s has released another bit of their interview with Gwen and this time it’s about having her three songs on tour with her this past summer. She talks about how it was having them around and more. 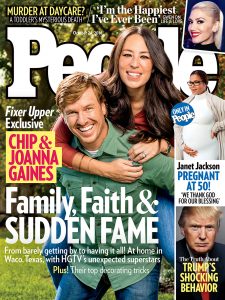