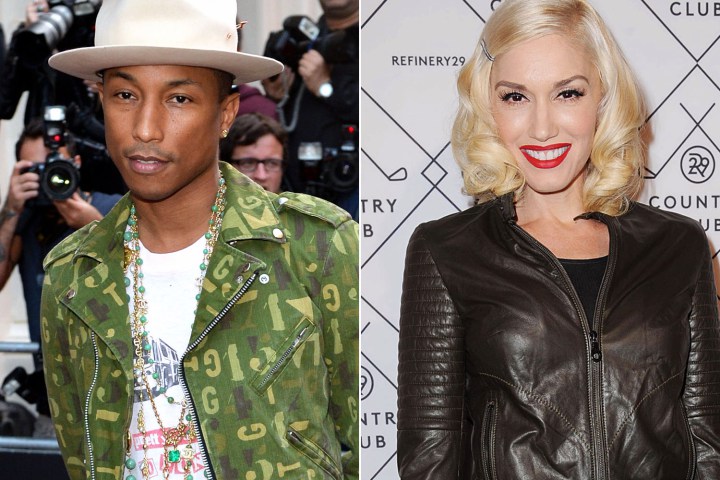 Exciting! After a lot of speculation, Pharrell finally confirmed that he and Gwen are indeed working on new music together. The new Voice coach says that Gwen’s sounding amazing and that “Gwen is killing it right now”. We can’t wait to hear the new music they’re creating!

Pharrell Williams and Gwen Stefani will soon reunite as coaches on the new season of “The Voice” — but are the two superstars working on anything in the meantime?
“It’s funny you should [ask], we’re finishing a song tonight,” said Pharrell on Friday at the “Raw for the Oceans” Parley Collaboration Showcase presented by G-Star Raw and Bionic on Wall Street.
Williams and Stefani have collaborated before, most famously on the 2005 massive hit “Hollaback Girl.” Williams is coy on other details but praised Stefani’s chops.
“She sounds amazing, and you’ll really question if she’s really had three children,” said Williams. “And you’ll really question if she’s 44. She’s just young and, like, bangin’ . . . you guys are going to see, Gwen is killing it right now.”

UPDATE: Gwen shared a picture on Instagram and we believe it from the studio with Pharrell from last night! We can’t wait to listen to new music!