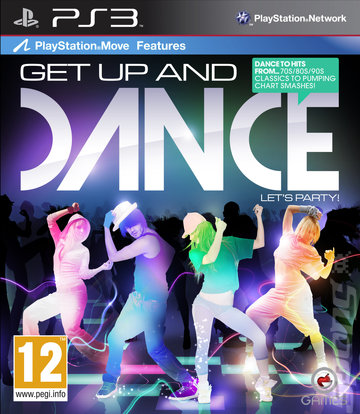 According to RWDMag,”What You Waiting For” will be included in the upcoming social dancing game ”Get Up And Dance”. The game will be released on November 4 and will be available on Wii and Move for PlayStation 3. As we mentioned a while back, ”What You Waiting For” is also on the tracklist for the game ”Just Dance 3”,which will be out on October 11.

Check the tracklist for Get Up And Dance announced so far below.

Get Up And Dance boasts its credentials as a solo as well as group title with Get Up And Dance’s Party Mode which features party games that you can play with up to eight mates, competing against each others teams with party games including Party Mix, Last Man Standing and Tug of War. GUAD also features the innovative new Group Mode which offers you the chance to perform as either a lead or backing dancer to group routines specially choreographed for the game. Group Mode also allows you to dance and have fun in a group or to participate in the talent competition, where you compete in ten rounds to see if you can dance your way to the top. Plus, with loads more features like Shape Up Mode, Rehearse Mode and Jukebox, Get Up And Dance really is the Ultimate Dancing Game package for home console owners.