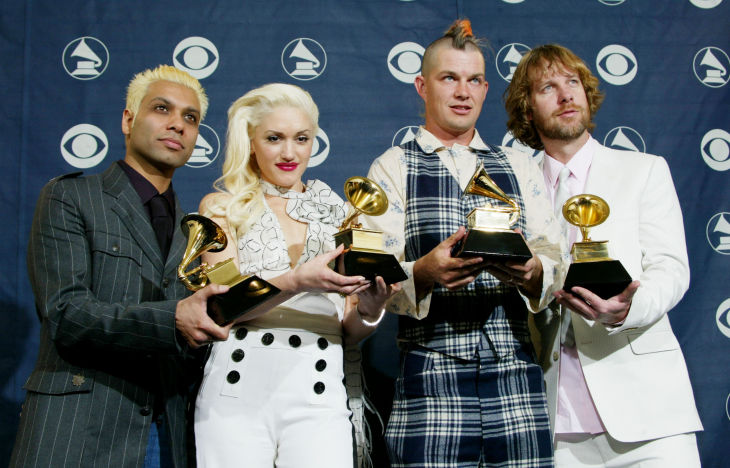 With the Grammy Awards happening tonight,we thought we’d take a look back at some of No Doubt’s past appearances at the awards show,including their 1997 performance of ”Spiderwebs”,their 2003 medley of ‘’Underneath It All” and ‘’Hella Good’’,and of course their unforgettable first Grammy win for Best Pop Vocal Performance by a Duo or Group for ‘’Hey Baby’’ that same year.(They would win again in that category in 2004 for ‘’Underneath It All’’; ‘’Hella Good’ and ‘’It’s My Life’’ have also won Grammys for Best Remix.) Gwen performed ‘’Rich Girl’’ with Eve at the 2005 Grammys and was nominated for multiple Grammys for both of her solo albums. (She won her first Grammy in 2002 for Best Rap/Vocal Performance with Eve for ‘’Let Me Blow Your Mind’’.) It’s been reported that Gwen and Gavin will be attending tonight’s Grammys ceremony at the Staples Center-while we wait for confirmation,we want to know: What is your favorite No Doubt Grammys moment?