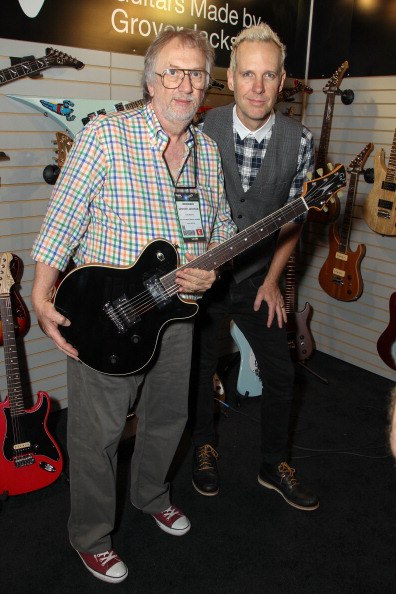 This is pretty cool! This afternoon Tom tweeted a link to a Guitar World article and video that offers an inside look at what goes into designing and making GJ2 Guitars. (Tom of course collaborated with GJ2 Guitars founder Grover Jackson on the Zora guitar line that debuted at the NAMM show back in January.) According to the Guitar World article,Tom composed and performed the music that’s featured in the video on a GJ2 Glendora-it sounds fantastic!

The gang at GJ2 Guitars have created a video that provides an inside look at what goes into designing and making their guitars.

Viewers can hear about the company directly from co-founders Grover Jackson and Jon Gold, who show you around their Orange County, California, facilities and introduce the team of craftsmen who build and assemble GJ2 Guitars.

The eight-minute video includes an overview of the guitar-building process, from design and construction to painting and assembly. Technological advances in CAD and CNC manufacturing are mentioned, as well as how the company makes its own Habanero pickups.

Guitarists will appreciate learning about the differences in how each model is made, such as the neck-through-body construction of the Arete and Concorde guitars, the bolt-on neck of the Glendora and the set-neck technique used for the Zora.

Gold and Jackson also discuss the genesis of the company and the inspiration behind the name. After decades of making quality guitars for everyone from Randy Rhoads to Jeff Beck, and developing innovations such as the compound radius fingerboard and neck-through-body construction, Jackson is applying a lifetime of experience to raise the standard of electric guitars even further:

“GJ2 Guitars is a company that was formed to make the highest-quality USA-made guitars available,” he says.

The video was shot, directed and edited by Geoffrey Funk with still photography by Ashley Andrea Beliveau. Music was composed and performed by No Doubt guitarist Tom Dumont using a GJ2 Glendora.