UPDATE: Tony shared a photo of Steve performing at The Writer’s Room last night! Hope he had an awesome time at Steve’s show! 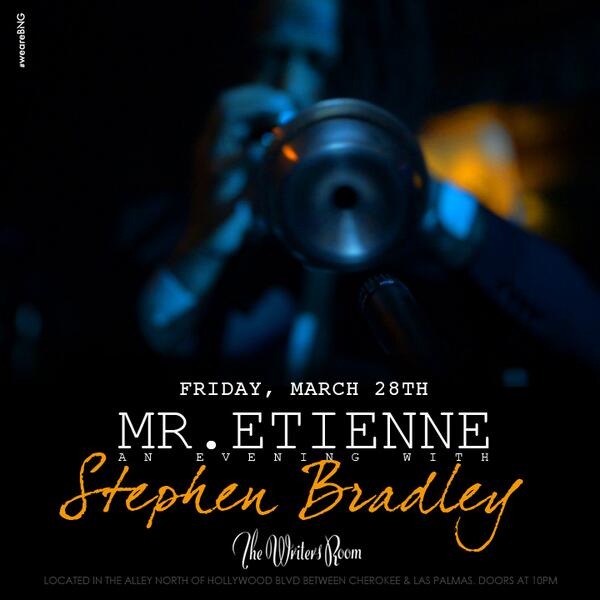 We just wanted to mention that Steve Bradley will once again perform at The Writer’s Room in LA on March 28; doors open at 10 PM. As previously mentioned, Steve will also join singer Shirley Levi again during her show at Hemingway’s Lounge in LA on April 1. We hope No Doubters in the LA area can attend and see Steve! 🙂