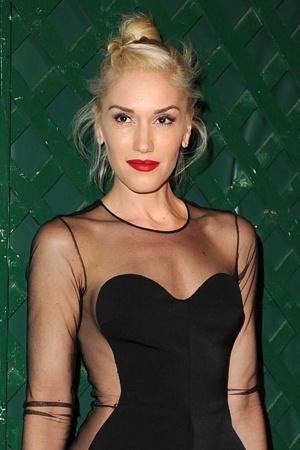 This is interesting: The New York Post is reporting that producer Simon Cowell wants Gwen to host the US version of the singing competition,The X Factor,which airs on FOX. The newspaper cites a source as confirming that Gwen has been contacted by the show and that she has expressed interest in hosting-she would be replacing previous backstage host Steve Jones and her estimated salary would reportedly be between $5 million and $7 million. Gwen of course has served as a mentor on a similar singing competition,American Idol,but has said that she wouldn’t want to be a judge on such a show because she doesn’t like confrontation. It’s important to keep in mind that it’s hasn’t been confirmed that Gwen will definitely be the new host-while we think she would do an excellent job we do know that she is already extremely busy with other projects,especially finishing the new No Doubt album and with her three fashion lines. We will keep you updated on any further developments on this story.

Cowell had laughed off the notion he would overpay to restaff his judge’s table, but news last week proved otherwise, as he signed Britney Spears for upwards of $15 million.

But he’s not stopping there.

Sources told On the Money that NBC’s mega-hit “The Voice” is hoping “to go head-to-head” with Cowell in the music-show ratings war this fall — one NBC is currently dominating.

Cowell, who previously admitted his US version of the show didn’t meet expectations in its first season, is fully aware the peacock is looking for some unfriendly competition, and he is hot to add another big name to the fold: Gwen Stefani (pictured) — but not as a judge. Stefani would be the backstage host, replacing Steve Jones.

What’s hard to pinpoint is how much he is willing to spend — or has left in his budget — for the sultry singer.

Consider this: Cowell splurged on Spears after canning his “best friend,” Paula Abdul, who only earned $2.5 million. The other judge he dismissed, Nicole Scherzinger, raked in a paltry $1.5 million.

A source confirmed Stefani has been contacted and is interested, while estimating her price tag as between $5 million and $7 million.

The source added, “[Cowell] is feeling the pressure and knows only a big-time, well-respected name will do if he wants anyone to flip the channel from ‘The Voice.’”