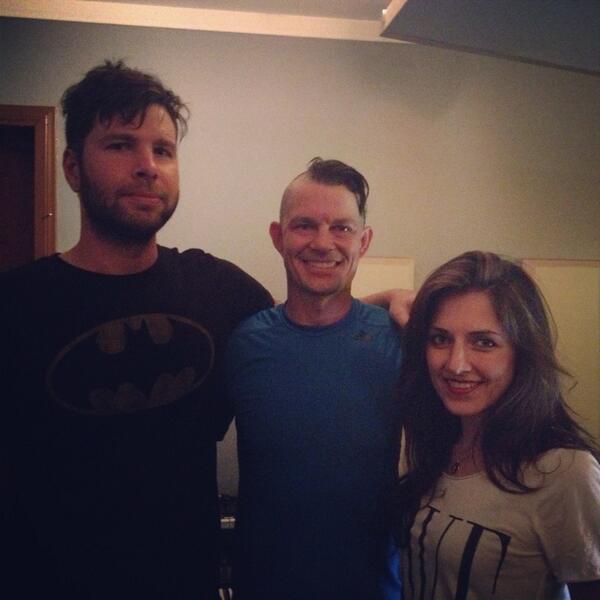 This is interesting: The songwriting/production team and live electronic pop act Electric Valentine just tweeted that they are mixing Adrian’s drum work and earlier this week tweeted a photo of Adrian in the studio with them for an apparent guest appearance on their upcoming album,which they’ve hinted is titled Circuitry. Street Drum Corps,whom Adrian plays with from time to time,are also featured on the album. We hope to find out more about the project soon.

Back in the studio mixing those @adrianyoungnd drums #circuitry