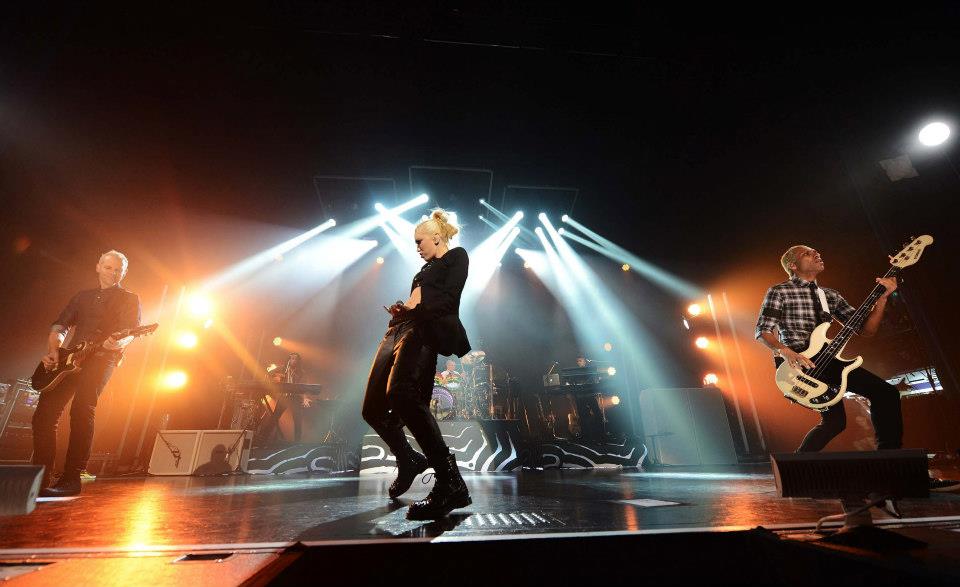 Just to remind everyone,No Doubt’s hour-long MTV World Stage concert special (taped back on November 9 in Offenbach,Germany) is airing tonight on international MTV channels. We posted a listing of airtimes,as well as HQ videos of some of the performances,here. Also,we had posted fan videos from the concert here. Hopefully the special will eventually air on US MTV or turn up online for us fans in the States!

UPDATE: It looks like the HQ videos of ”Settle Down”,”Looking Hot” AND ”Don’t Speak” from the special that were posted at MTV Germany the other day can now be seen outside of Germany!

UPDATE 2: Thanks to international fans who have already watched the special for letting us know,the opening performance of ”Sunday Morning” is apparently cut from the broadcast;there is,however,this fan video of it from the concert.