Thanks very much to Darren for sharing with us old-school No Doubt fliers,which some fans may have seen before but are still awesome: one is for the self-titled record release party in 1992,another is for a old-school show at The Roxy and the third is for a April 11,1992 show at the Sand and Sea Club in Santa Monica. 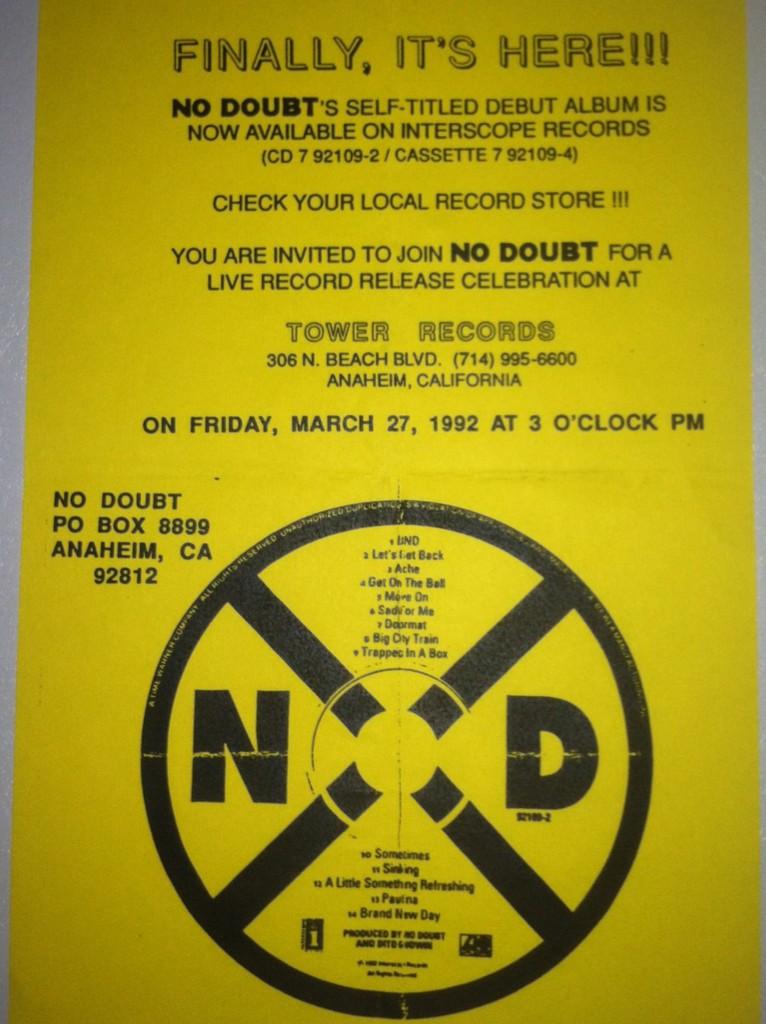 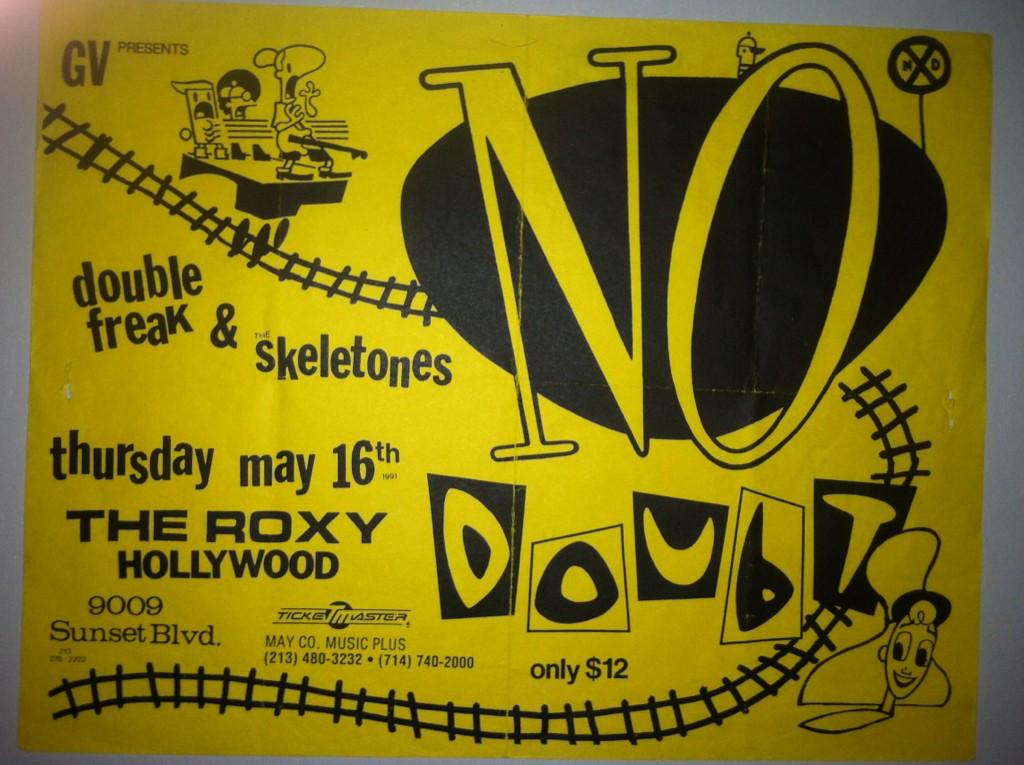 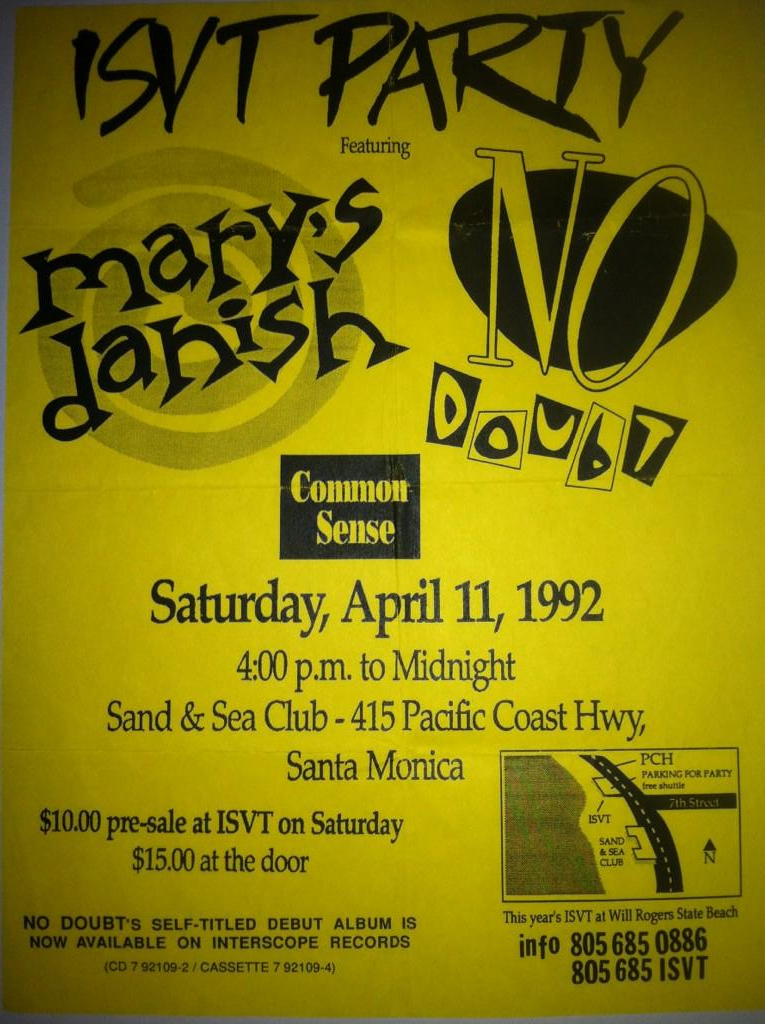 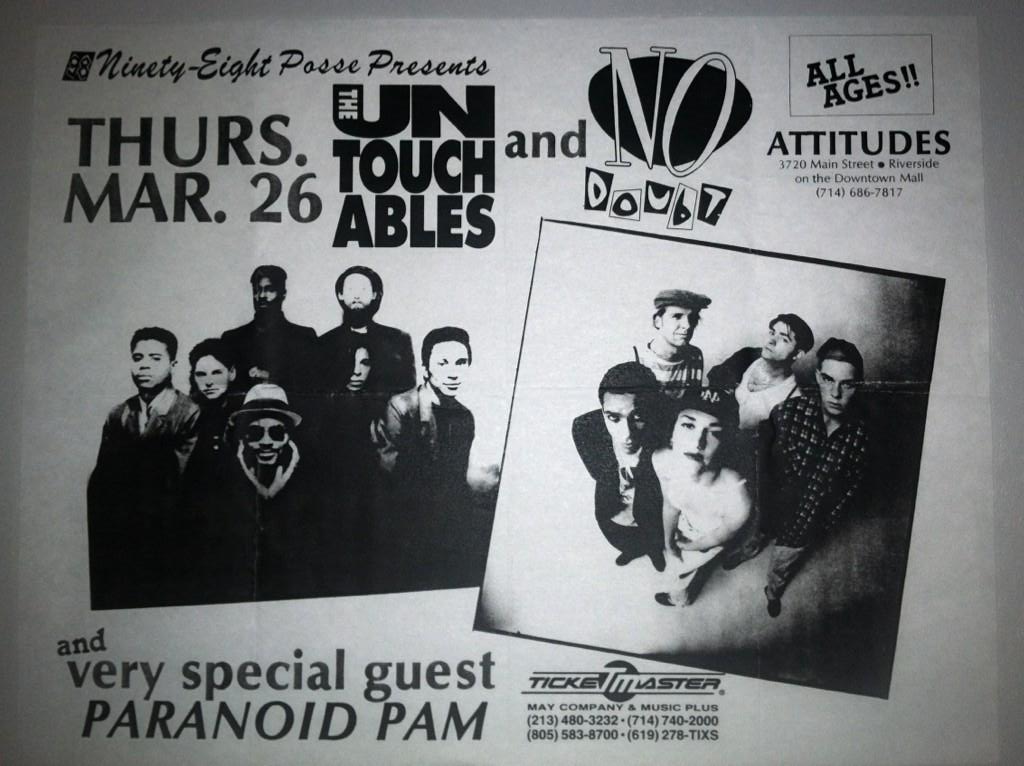