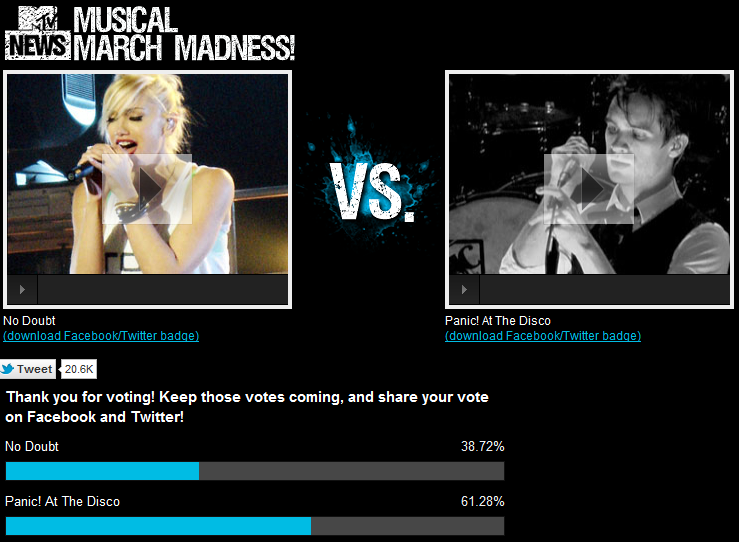 YAY,thanks to all the fans who voted,No Doubt has won the 1st round of MTV’s Musical March Madness tournament with over 60% of the vote against Van Halen! No Doubt is now up against Panic! At the Disco in the 2nd round,voting for which is open now and closes on Sunday,March 25,at midnight EST. Unfortunately,right now No Doubt is behind;PLEASE be sure to keep voting for No Doubt and spreading the word to any No Doubters you know-let’s help No Doubt go all the way and win the March Madness tournament!!

CLICK HERE TO VOTE FOR NO DOUBT IN MTV’S MUSICAL MARCH MADNESS TOURNAMENT!!!