UPDATE: No Doubt shared another photo from their 1996 Late Night with Conan appearance, this time one of Gwen, Tony and Adrian with co-host Andy Richter. 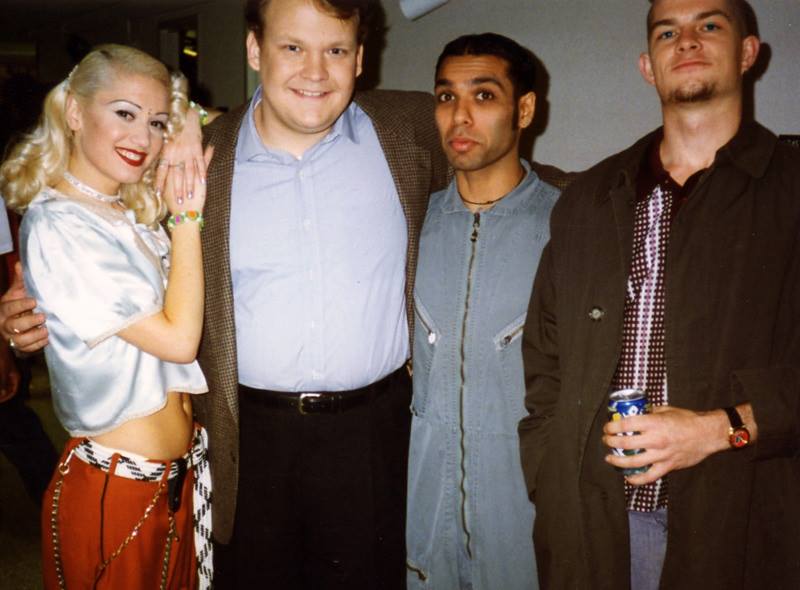 In honor of Conan O’Brien hosting the MTV Movie Awards last Sunday, No Doubt opened their vault yet again to share an awesome photo of Gwen, Tony and Gabe backstage with Conan when the band made their late night TV debut on Late Night with Conan O’Brien back on January 30, 1996. Thanks to No Doubt for sharing! 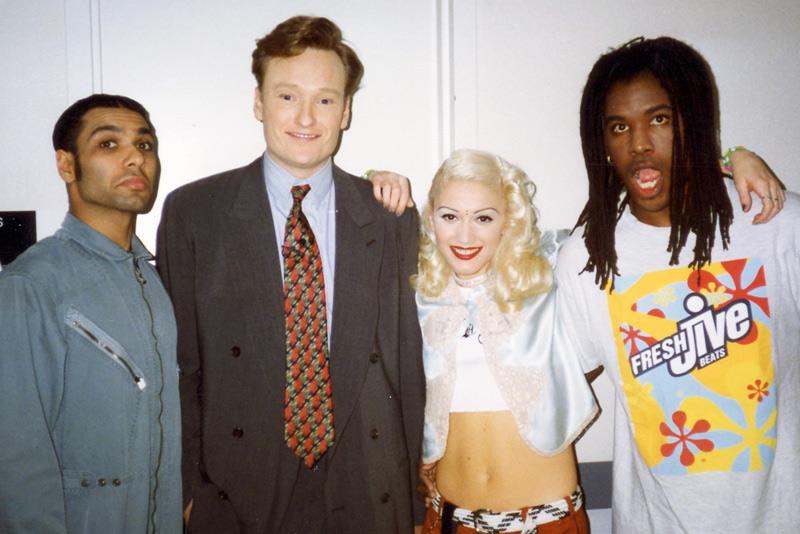 Here’s the classic performance of ”Just A Girl”!