Yay, No Doubt has opened their vault again today, sharing an awesome photo of themselves posing in front of the Eiffel Tower in Paris, France during their European tour circa 1996. (We think the photo may have been taken before No Doubt’s show at the Arapaho Club in Paris on July 10 of that year.) Thanks to the band for sharing! 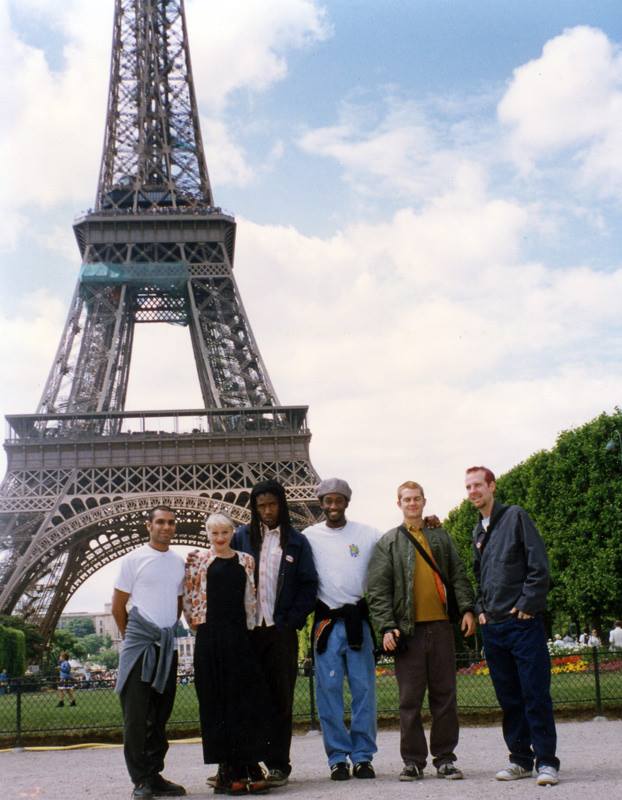 Us in front of the Eiffel Tower during a tour in Europe circa 1996.