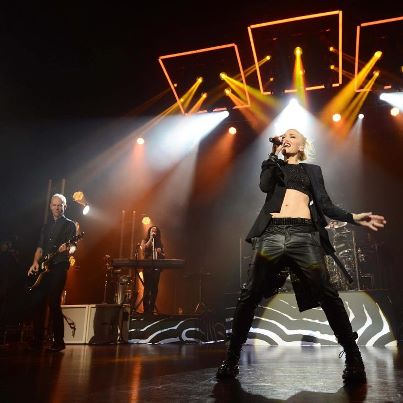 UPDATE: MTV UK has shared an HQ video of ”Push And Shove” from the MTV World Stage special! The video won’t embed,but you can watch it HERE!!

UPDATE 2: Thanks to Rita for uploading the video to youtube:

Here are airtimes for No Doubt’s hour-long MTV World Stage concert special airing on international MTV channels on December 28;the airtimes are taken from each channel’s local programming schedule and may be subject to change.

Italy: MTV Music at 9 PM December 28 (thanks No Doubt Italia for the info)

MTV Europe(countries not served by a local MTV channel only) : 10:55 PM December 28

MTV Asia: According to this photo,it will air at 11 PM December 28 in Singapore,Hong Kong and the Philippines,and 12 AM December 29 in Malaysia and Western Indonesia.