UPDATE: Unfortunately,No Doubt didn’t win the Best World Stage MTV EMA (Linkin Park did) but thanks to everyone who voted and spread the word for ND to win! 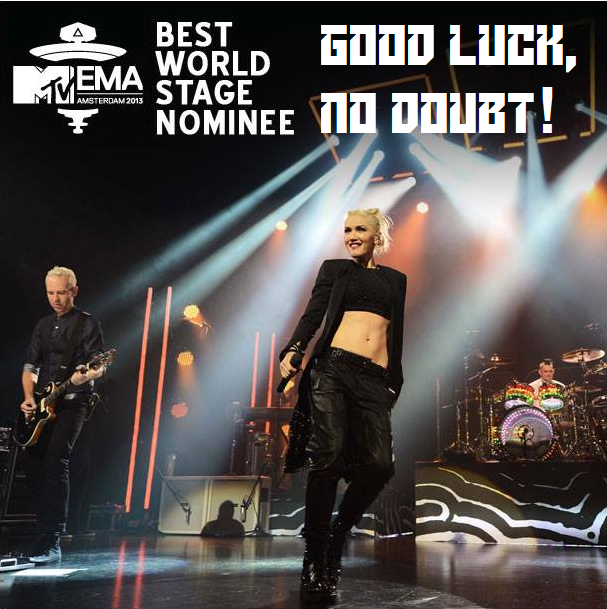 With the MTV European Music Awards happening tonight in Amsterdam,we thought we’d take a look back at No Doubt’s past appearances at the awards show,including Gwen’s 2004 performance of ‘’What You Waiting For?’’ and the band’s performance of ‘’Looking Hot’’ last year. No Doubt is up for the fan-determined Best World Stage MTV EMA this year,and we wish them the VERY best of luck!!! The MTV EMAs are airing tonight in the US on MTV and MTV2 at 7 PM EST;for those outside of the US,the awards air at 9 PM CET (Central European Time).

The amazing MTV World Stage show from last year that No Doubt is nominated for tonight-good luck,ND!!!