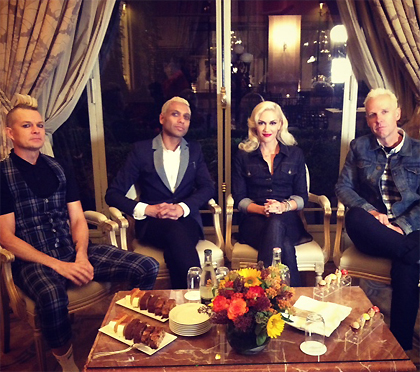 According to MarkMeets,No Doubt will be making taped appearances on the UK TV show This Morning on Tuesday,October 9 and Wednesday,October 10. The show airs on channel ITV from 10:30 – 12:30. Hope all you UK fans can tune in!

Tuesday 9th October 2012
No Doubt, Jason Donovan and David Mitchell plus Britain’s Got Talent winners Ashleigh and Pudsey star on This Morning

Wednesday 10th October 2012
No Doubt discuss their new album Push and Shove, plus Britain’s Got Talent winners Ashleigh and Pudsey star on This Morning

UPDATE,October 9: According to fans who watched the show today,No Doubt were not on at all-they likely will be on tomorrow’s episode.