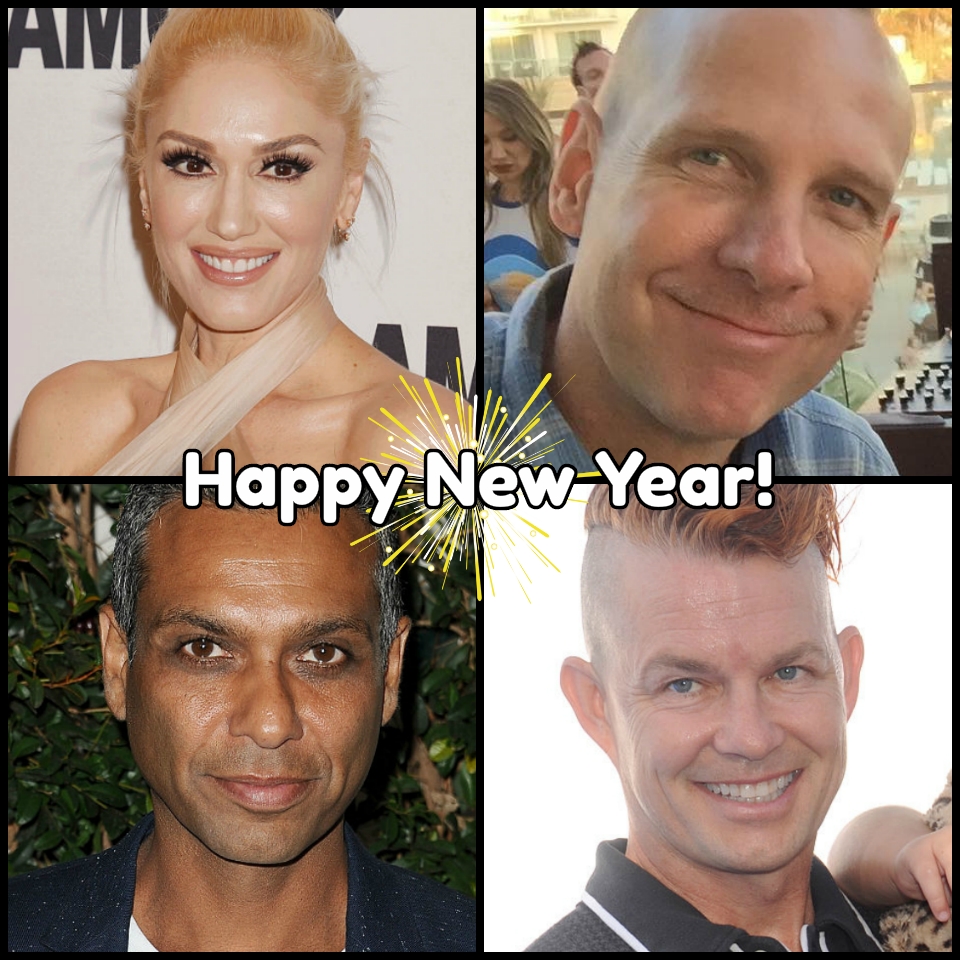 2016!! What a year! There has been so many good things happening for us at EIT and for us fans that we just want to say that we are blessed!!

This was a busy year for Gwen, as she launched a new (#1) album, went on tour during the summer, launched her animated series in the US and other countries, was the mentor for Team Blake on season 1o of The voice, was featured on SNL and Sesame Street, honored by Disney Radio with a Hero Award and by Glamour Magazine as Women of the Year and even performed at The White House for the Itallian Prime Minister.

The boys have kept busy working on new music, and have announced they were working with Davey Havok from AFI on a new band. The name was revealed to fans to be “Dreamcar” and that we could expect to hear more soon.

So, 2017 is already promissing good things for us fans! New music from the boys, Gwen is back on the red chair at The Voice, and maybe she will release a new single to promote on the show. And Adrian said the band was still going strong, so how knows? Maybe 2017 will bring us good news and we will see the band reuniting once again!

We hope you had a good year, as we know 2016 was a hard one for many people, and we wish that next year will be a greater one!

HAPPY NEW YEAR!
From all of us at EIT