UPDATE 2: Gwen also shared on her official facebook page a clip of her introducing Tom during No Doubt’s Seven Night Stand at Gibson in 2012 along with another sweet birthday message,and Tom tweeted to thank everyone for all the birthday wishes. We hope he and his family are having a fun celebration on the slopes!

Thx so much for all the birthday wishes- I feel like the luckiest guy in the world today! pic.twitter.com/r0sTUo5W1e

@TonyKanal thx TK! Missing you guys this weekend, I won't make it to bearclaw without you!

UPDATE: No Doubt and @thingsweheart posted their birthday wishes for Tom on Twitter and facebook! Love the old school photos that Gwen shared!!

me and my friend @tomDumontND ages and stages ago. happy bday love gx pic.twitter.com/xRUo7POaj6

this guy @tomdumontND gets better and better the longer i know him. happy b day douchemont gx pic.twitter.com/e5faO88LGS

Happy Birthday to my friend and awesome human @TomDumontND !!!

Happy Birthday to my friend Tom Dumont aka 'Le Douche'.Saving a drink at the sideshack for you pal!!!!! 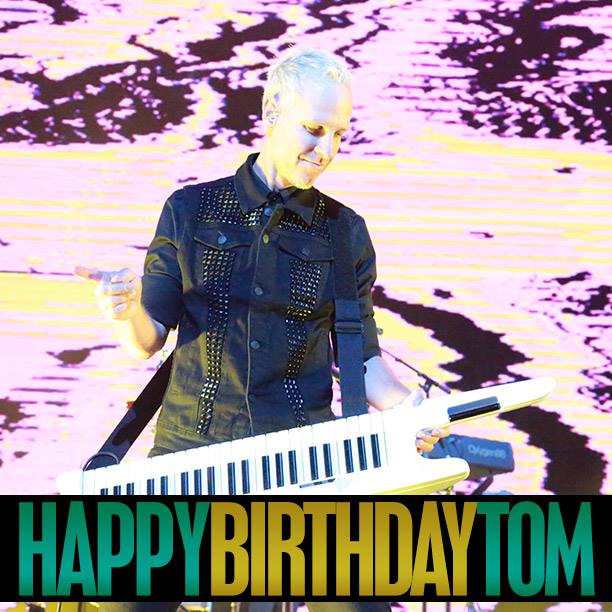 Happy birthday to the best guitar player that any band could ask for.
We love you Tom!
Gwen, Tony & Adrian

And thanks to our good friend Alice for finding and sharing this high school yearbook photo of the birthday boy! 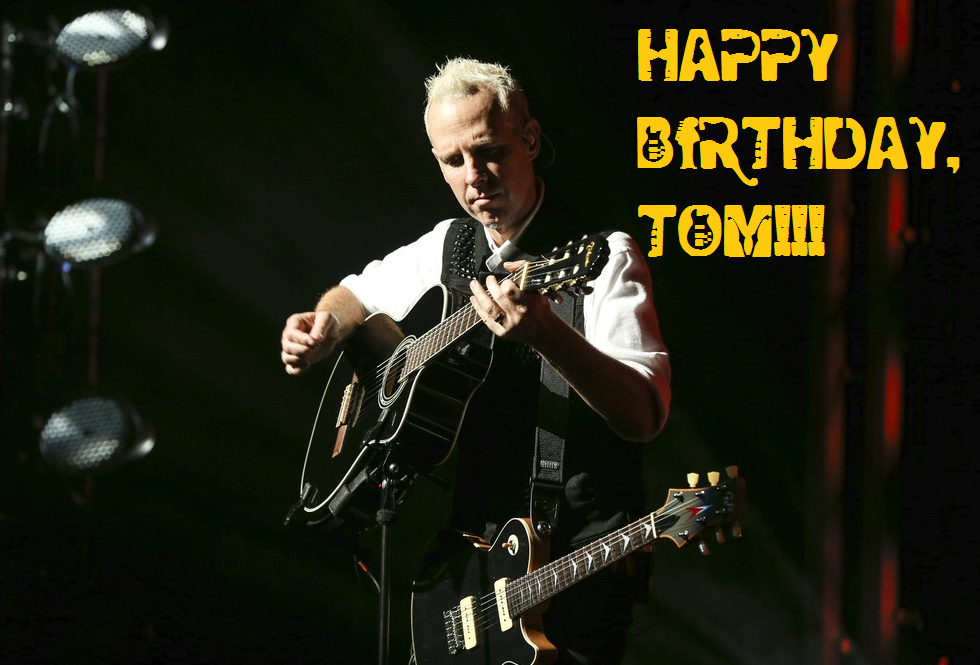 All of us here at EIT wish a VERY Happy 46th Birthday today to the amazing Tom Dumont!!! We hope he has an awesome celebration with family and friends and a fantastic 2014! Be sure to tweet your birthday wishes for Tom @TomDumontND. Also,if you are a member of the No Doubt forum,you can post your birthday messages here. Don’t forget to check out Tom’s cool website, and follow him on Rdio and Instagram. What have been some of your favorite Tom moments and memories through the years?

Remember when Gwen sang ”Happy Birthday” to Tom during No Doubt’s set at the Enough Already benefit in 1997? 🙂

We love this Tom tribute video made by No Doubter Hannah: