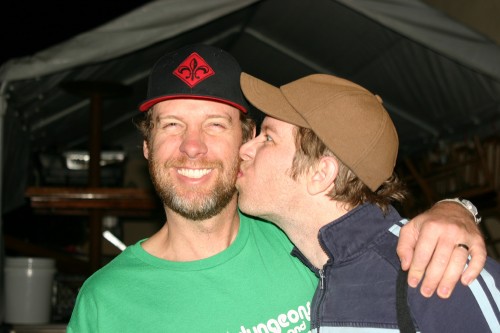 Wishing a very Happy Birthday today to Eric Keyes,No Doubt’s longtime friend and co-writer of ”That’s Just Me”!! Eric has also been the band’s videographer through the years,capturing countless classic moments,many of which can be seen in the extras on the Live In The Tragic Kingdom,Rock Steady Live,and The Videos DVDs,as well as his youtube channel;Eric also shot most of the footage that was used as the background video for ”Running” during the 2009 summer tour(he can be seen with Adrian in a humorous moment at 2:07 in the video below.) Endless thanks to Eric for sharing his videos,as well as stories about the band on the No Doubt forum,and for being a past supporter of EIT. We hope he has an awesome birthday!! 😀