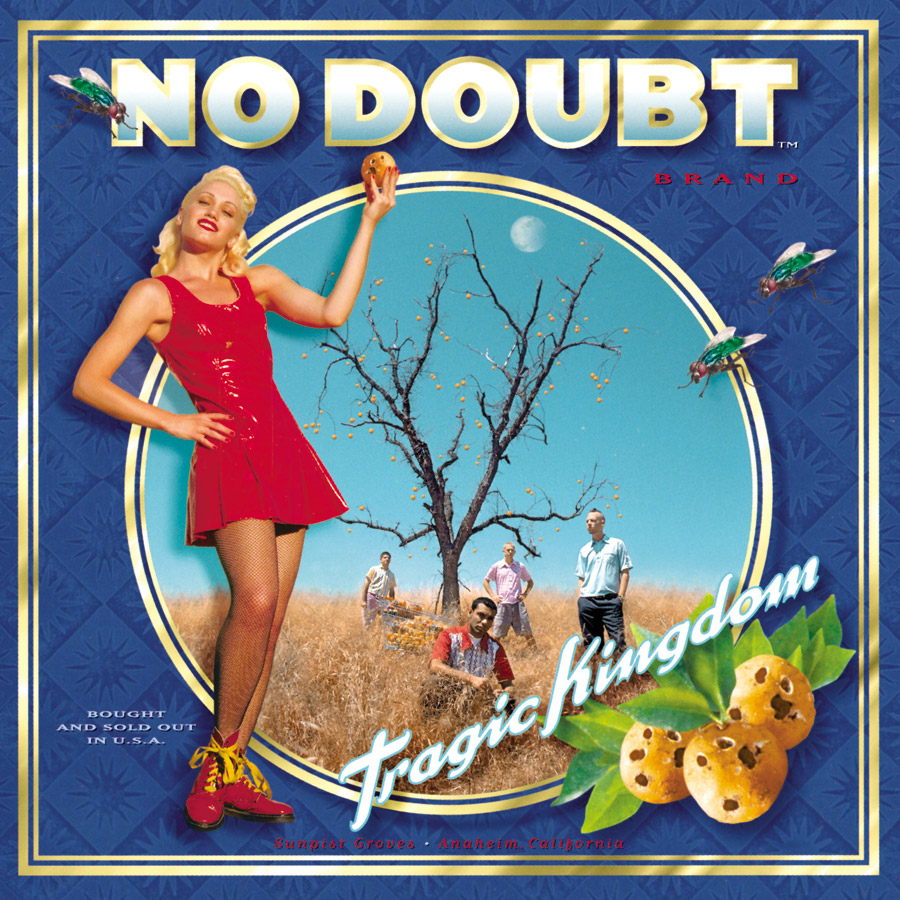 Happy 18th Anniversary to Tragic Kingdom,one of the most amazing albums EVER!! No Doubt’s third and breakthrough album continues to holds a very special place in the hearts of millions,with songs like ”Don’t Speak” literally striking a chord with fans around the world and catapulting the band to stardom. Tragic Kingdom reached #1 on the Billboard 200 Album Chart in December 1996,more than a year after its release,with ”Don’t Speak” remaining at #1 on the Billboard Hot 100 Airplay chart for 16 consecutive weeks;the album was nominated for numerous Grammys and other awards,and the band received the RIAA’s Diamond Award,an honor for albums that have sold more than 10 million copies in the U.S. (it’s sold over 16 million copies throughout the world.) No Doubt embarked on the worldwide,two and a half year Tragic Kingdom Tour after the release of the album,documenting their 1997 hometown concerts at the Arrowhead Pond of Anaheim with the classic Live in the Tragic Kingdom release. What are your favorite Tragic Kingdom songs,videos,and memories?