Our good friend Jesus has sent us pictures of Gwen’s outfit on display at the EMP Museum in Seattle, Washington.

Gwen Stefani of No Doubt Outfit 2004

Collection of No Doubt

Gwen Stefani wore these clothes from her L.A.M.B. clothing line, onstage during No Doubt’s 2004 tour 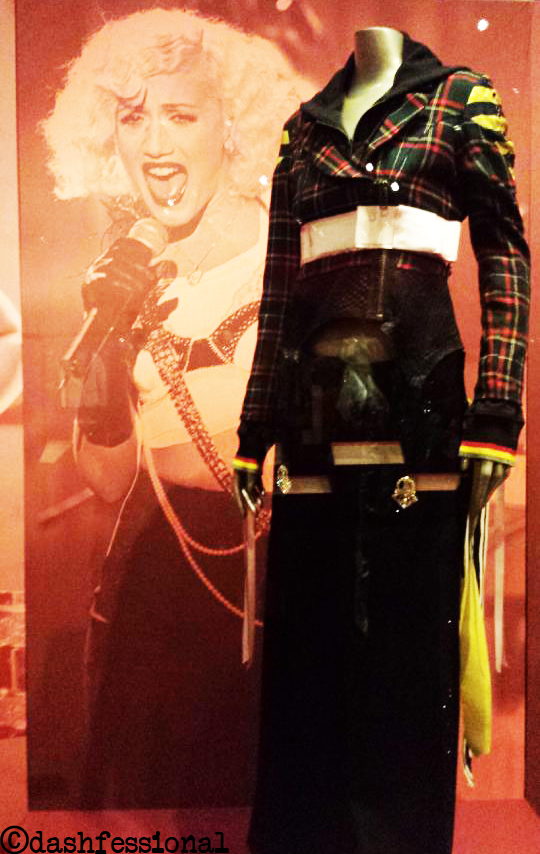 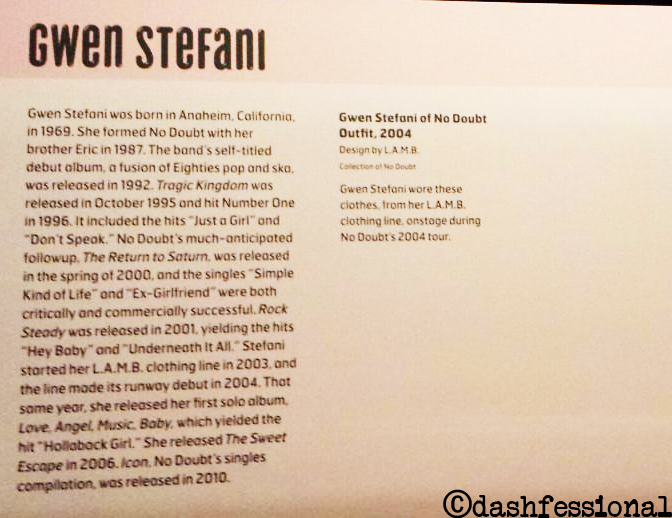 Gwen Stefani was born in Anaheim, California in 1969. She formed No Doubt with her brother Eric in 1987. The band’s self-titled debut album, a fusion of 80s pop and ska, was released in 1992. Tragic Kingdom was released in October 1995 and hit Number One in 1996. It included the hits “Just A Girl” and “Don’t Speak.” No Doubt’s much-anticipated followup, The Return of Saturn, was released in the spring of 2000 and the singles “Simple Kind of Life” and “Ex-Girlfriend” were both critically and commercially successful. Rock Steady was released in 2001, yielding the hits “Hey Baby” and “Underneath It All.” Stefani started her L.A.M.B. clothing line in 2003, and the line made its runway debut in 2004. That same year, she released her first solo album, Love, Angel, Music, Baby, which yielded the hit “Hollaback Girl.” She released the Sweet Escape in 2006. Icon, No Doubt’s singles compilation, was released in 2010.