UPDATE 2: E! News is also now reporting that a source confirmed to them that Gwen’s deal to join ”The Voice” is close to being done. Once again, the show’s seventh season would begin filming in June and debut this fall. NBC still has no comment.

UPDATE: US Weekly is also now reporting that Gwen is joining the seventh season of ”The Voice”, citing a source who informed them that her “contract is now done.” An NBC rep, though, when reached for comment earlier this week, told US, “We haven’t made any decisions at this point.” The Hollywood Reporter is also reporting that Gwen is ”in talks” to join the show. Again, we hope to have confirmation of this exciting news soon! 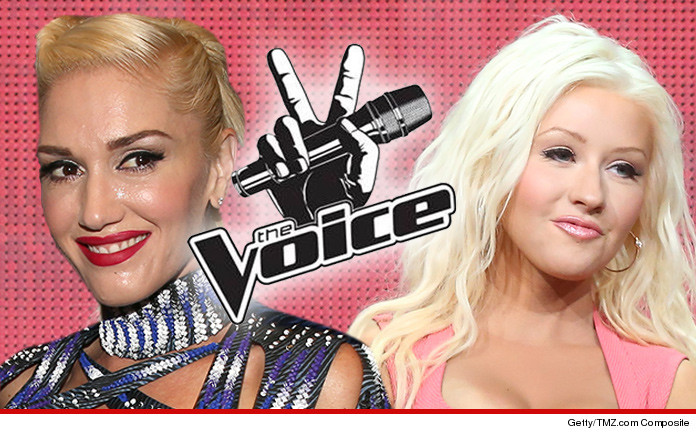 TMZ is reporting that Gwen has signed on to be a judge on the NBC singing competition show “The Voice.” Gwen would be replacing Christina Aguilera on the show’s seventh season, which starts taping in June. TMZ claims that multiple sources informed them that Gwen’s deal is for one season and that Christina has already signed on to return for the show’s eighth season. There has been no official confirmation of this from NBC or from Gwen or her reps. We hope to find out more about this soon!

Gwen Stefani’s gonna make good money off Christina Aguilera getting knocked up — TMZ has learned Gwen has signed on to be a judge on “The Voice.”

Multiple sources connected to the show tell us … No Doubt’s lead singer will be on Season 7 … which starts taping in June.

Producers started looking for new blood in February after Christina announced she was pregnant. Makes sense … she’d be 8 or 9 months along by the time Season 8’s battle rounds began.

We’re told NBC wanted Christina to stay during her pregnancy but she’s having a difficult time already and ultimately bowed out.

Gwen’s deal is for one season right now, and we’re told Christina has already signed on to rotate back into her spinning chair for Season 8.

1 thought on “Gwen Reportedly Joining ”The Voice” as a Judge”