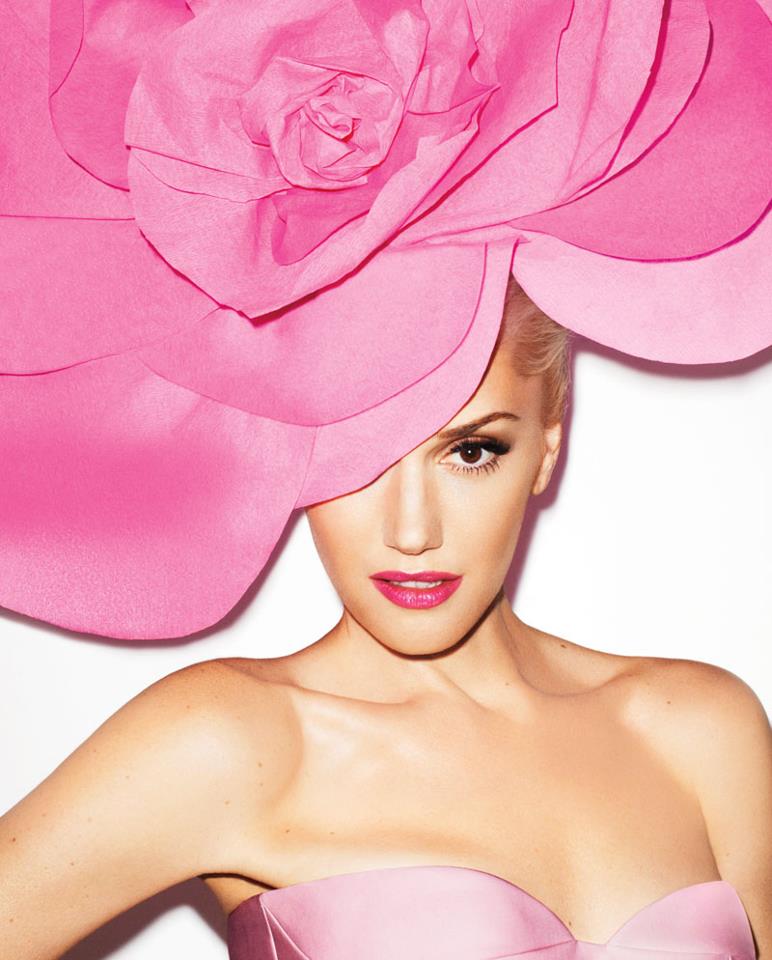 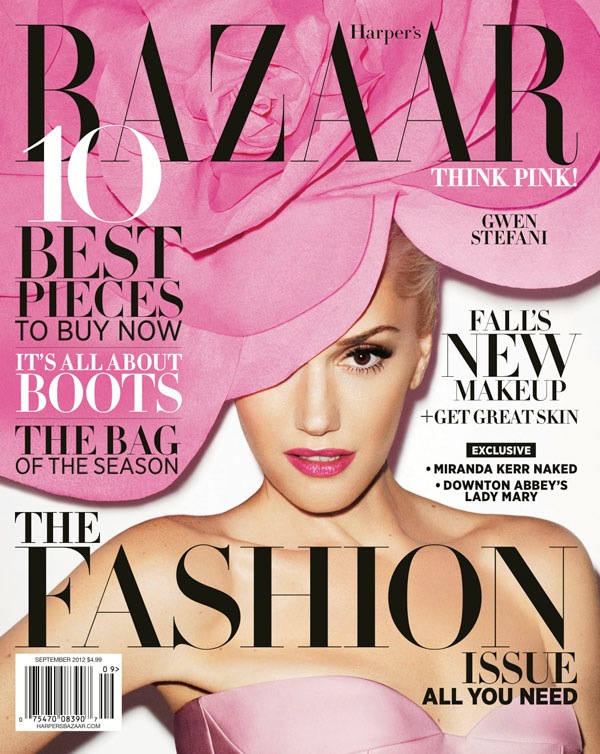 Gwen Stefani for Harpers Bazaar Magazine – September 2012 – check out the pictures, candid interview and video below! Gwen looks absolutely STUNNING!!!! The issue is expected to hit newsstands on August 21. 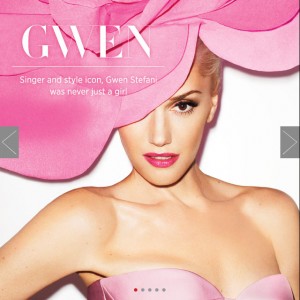 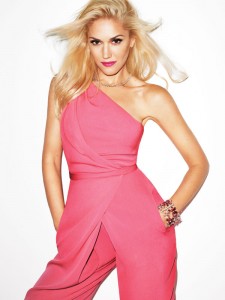 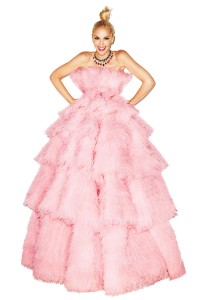 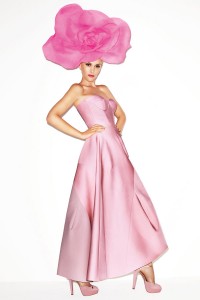 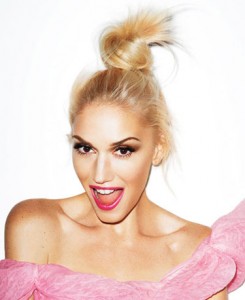 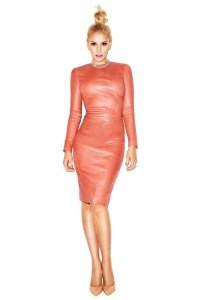 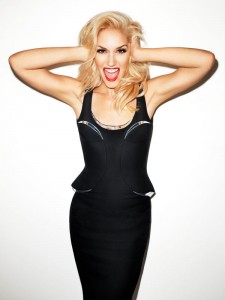 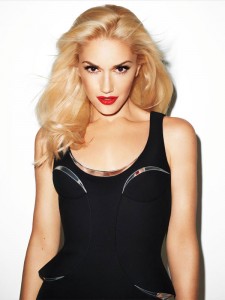 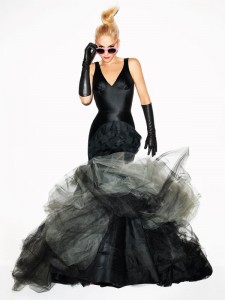 Halfway through my lunch with Gwen Stefani, she does something that I never thought I’d see her do in public: She shuffles her feet under the table and kicks off her shoes—peep-toe stiletto ankle booties. “Oh, what’s the point?” she says in her distinctive Southern California drawl. “You can’t see ’em anyway.” For a girl whose personal style has been deftly calculated and copied for two decades—trends she can take responsibility for include belly shirts, bindis, and even adult braces because “I always told myself when I got rich, that’s the first thing I’d do”—this was an unexpected moment of fashion fatigue.

When she divulges her day’s schedule, however, it’s clear why her booties were benched. Before meeting me for lunch, she’d dropped off her older son, Kingston, six, at school and reviewed mixes for No Doubt’s latest album, Push and Shove. After we’re done talking (and after she chats with Charlize Theron on her way out of the restaurant about the benefits of bald heads, which I’ll get to later), she collects Kingston and takes him to a costume shop to create a Spider-Man wardrobe. “He just discovered superheroes, and he’s obsessed,” Gwen says. “It was like when I discovered Marilyn Monroe: ob-sess-ed.” Next she has a fitting, will put her kids to bed, and then head to a night shoot for the video for “Settle Down,” the first single off the new album. That’s just Monday. On Thursday, her husband, Bush front man Gavin Rossdale, comes home from an East Coast tour and plays the Staples Center in Los Angeles; then they’ll pack up Kingston and his younger brother, Zuma, four, and board Rossdale’s tour bus for a family road trip to Las Vegas.

“It’s, like, the real deal, dude,” she says. “It’s superfun being a mom, but it’s hard too. Finding that balance between work and family is the hardest thing I’ve ever done—by far.” But to be perfectly clear, those bare feet are no indication that she’s slipping in the sartorial department. (The toes are perfectly manicured in a fire-engine red polish.) In fact, the 42-year-old is still fit, fabulous, and glamorous, boldly sporting her signature accessories: platinum hair and scarlet lips.

“I’ve always been a girl who loves to dress up,” says Gwen. “I already put my makeup on twice today: I put it on to take my kid to school, and then I went home, washed my face, and put it on again to have lunch with you.” She even wears it at home because “I like to make my husband like me more,” she says, laughing, “and he likes it when I’m wearing makeup.”

Gwen recalls how she felt when, at the age of 25, she spent eight hours in a hair salon in Long Beach getting her coveted white-blonde locks. “It was like I’d unlocked the key. I remember feeling like, ‘I have arrived. This is me. Finally.'” The red lip came when her grandmother gave her a crimson lipstick when she was in high school. “I remember sitting in my ghetto, beat-up Honda Prelude and putting on that lipstick in the rearview mirror and being like, ‘Uh-huh, I like that. That’s the shit right there.’ I never stopped after that.”

Earlier this year, Gwen arrived at a party at Stella McCartney’s L.A. store wearing a killer black sheer-paneled jumpsuit. Of that particular ensemble, she says, “I came home and it was hanging in my bathroom, and I was like, ‘Yes.’ I wondered if it was going to be too much, but when I put it on, it was the perfect amount.”

While she is (no pun intended) no doubt proud of her physique, it’s not Gwen’s favorite topic of conversation. “I hate talking about my body [all the time]; it’s ridiculous,” she says, referring to the number of times someone has asked how to get her six-pack abs. “There is no secret: You just have to eat healthy, work out, and torture yourself!” Jumping around onstage for a few hours for thousands of screaming fans is great cardio, and she says she hits the gym when her hectic mother-of-two schedule allows. “But it’s more for my brain than it is for my body.” Not that it’s all about mental health. On how she stays sample-size: “I like to wear clothes too much, so I try to keep focused.”

Other questions she’s tired of fielding are those about hair maintenance. “Do you think Marilyn Monroe had to talk about this?” she asks, smiling. “Well, I heard she did hers with a Q-tip every 10 days, so I try to follow Marilyn’s rule.” I mention that she’s never been photographed with dark roots, and she points to the houndstooth fedora she is wearing. “And you’ll never see me with roots either.”

When No Doubt was just starting out in the late ’80s, rehearsing in a studio that Gwen and her brother built in their grandparents’ house with bandmates, she wasn’t able to spend much time on girly stuff. She was one of the boys, taking shifts driving their first tour bus—a vehicle that got so greasy from the guys’ unwashed hair, she couldn’t see out of the windows. “I did my own makeup, my own costumes; I did everything myself. I didn’t even know there were stylists.” She made many of her now iconic music-video outfits, though she admits that she used a glue gun as much as a sewing machine. “I remember there was a point when all the guys were sitting around eating pizza, and I finally said I needed some help. So I got an assistant, but guess who he was? A roadie. He took my first Prada dress, which Gavin had bought for me, the first designer piece I ever owned, and he washed it, and it came back this big,” she says, indicating Barbie doll—size with her fingers.

Gwen is, in a word, chill. She is a well-liked, scandal-free member of the Hollywood glitterati. As we leave lunch, she bumps into Charlize Theron (“Hey, girl,” is Gwen’s greeting), who has just shaved her head for a role in Mad Max: Fury Road, and has no problem teasing her about the look. “You’re insane—you’re like a skinhead!” Gwen says. “I’m so jealous.” Theron compliments her on what she’s wearing and mentions that her baby, Jackson, lives in one of the onesies that Gwen designed for her Harajuku Mini clothing line.

Think about it: We’ve never seen Gwen falling out of a nightclub; we’ve never seen her mug shot; even on morning school runs, she is a rock-star mother. Gwen lets out a Valley Girl giggle when I say how unaffected she is, then gives an interesting explanation: While her onstage persona is a jumping, screaming extrovert, in her real life she is, in her own words, “passive. I was never a rebel.” She credits that to her relationship with her strict Roman Catholic parents, who she lived with, unbelievably, until she was 25. “When I started dating Gavin, I was still at my parents’ house. Yeah, it’s a little weird,” she says with a smile. (She had a midnight curfew when she went to the prom with Tony Kanal, her bandmate and then boyfriend.) “My mom calls me a peacemaker. I want everyone to be happy. But I have a superbig opinion on everything artistic that I do. I know what I like and I know what I hate—that part of me isn’t passive.”

Gwen insists that fame and gossip don’t affect her. “That someone would say something untrue or bad about me doesn’t bother me. It’s like water off a duck’s back.” This attitude applies to everything from best-dressed lists to rumors that her marriage is falling apart. “None of that stuff matters. There’s something in me, being this passive person, that those kinds of things don’t upset me. I know they can say anything; they can just make something up. But what are you going to do? It’s not part of my reality, so it’s okay.”

This resilience also comes from the fact that the band was never seeking fame, she says. She was always in it for the music. “We didn’t even do it because we were trying to make it. Now everybody wants to be famous. It doesn’t even matter what you do,” Gwen says. “Let me tell you how that first record happened: My boyfriend had broken up with me and I was devastated, so I wrote all these songs. I didn’t even know I could write. I was just a girl who was in love with this guy, then suddenly I’m a songwriter, and I’ve gotten you back so good. I went from being nothing, from being an ordinary, nerdy girl, to having power.”

UPDATE: According to FashionEtc.,Gwen is modeling a corseted Jil Sander gown paired with a rosy Alexis Mabille Couture hat on the cover,and looks from The Row, Versace, Oscar de la Renta, and Alexander McQueen in the gorgeous spread.

Gwen Stefani’s fondness for pink is no big secret—remember her dip-dyed John Galliano wedding gown? But for the September cover of Harper’s Bazaar, the No Doubt frontwoman is seriously putting Molly Ringwald to shame in a corseted Jil Sander gown paired with a rosy Alexis Mabille Couture hat and fuchsia lips. Love!

UPDATE 2: Thanks to @LAMBFashion for sharing a pic of the subscriber’s cover. 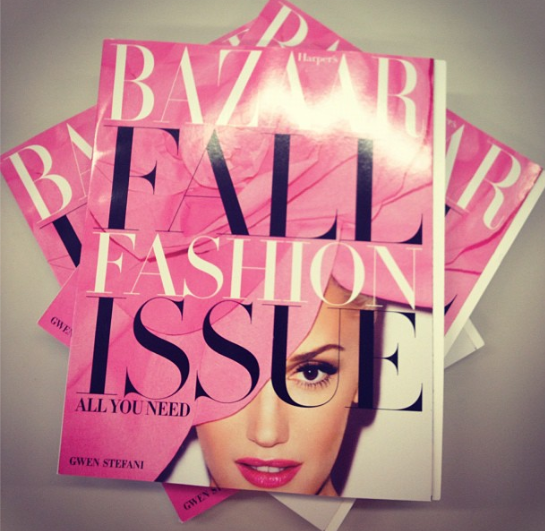