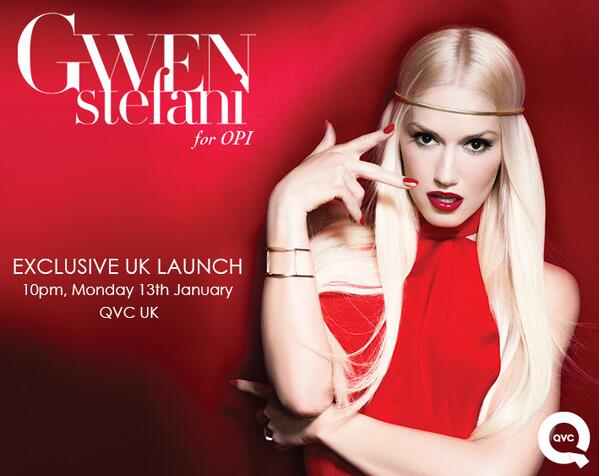 We had mentioned earlier that Gwen’s OPI nail lacquer line will be presented on the shopping channel QVC UK on January 13 at 10 PM. (UK viewers can find QVC on Sky channel 640, Virgin TV channel 740, Freesat channel 800 and Freeview channel 16; the collection will be presented on QVC UK again on January 25 at 3 PM.) Now OPI UK has announced that the collection will be officially available in the UK on January 20! In the meantime,it appears that sites such as MKBeautyCLub offer international shipping.

To exclusively get your hands on the new @gwenstefani collection for OPI before it officially launches tune in to @qvcuk on 13th January!

@LOLKatz41 The new @gwenstefani for OPI collection launches in the UK o 20th Jan with an amazing set of 7 new shades! pic.twitter.com/ePvOA7yKf6