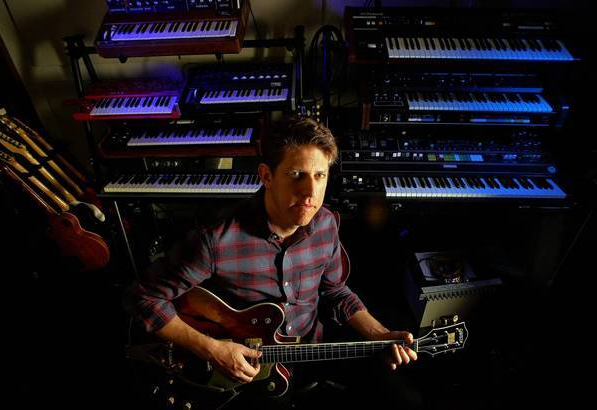 Producer-songwriter Greg Kurstin and the production team Rock Mafia have confirmed to Rolling Stone that they are working with No Doubt on the band’s new album. Kurstin is quoted as saying,”We’re been working and we’re going to work on more next week. That will be fun, I think.” We look forward to learning more about-and hearing-their collaborations!

Producer-songwriter Greg Kurstin and the production team Rock Mafia have confirmed that they are working with No Doubt on new material for the rock band’s next album. Kurstin told Rolling Stone last night at the ASCAP Pop Music Awards that he is currently working on several projects, including No Doubt, who announced in February that they were postponing their 2013 tour plans to go back into the studio.

“They’re working on some new material,” Kurstin said. “We’re been working and we’re going to work on more next week. That will be fun, I think.”

Kurstin, who is best known for his work with Pink, Lily Allen and Kelly Clarkson, recently produced Tegan and Sara’s album Heartthrob, and he is currently also in the studio with Mikky Ekko and Allen. Rock Mafia’s Antonina Armato, who won an ASCAP award last night for her work on Selena Gomez’s recent single “Love You Like a Love Song” and is best known for working with Disney artists, also mentioned that she and Rock Mafia partner Tim James are working with the rock band.

No Doubt announced their plans to go back into the studio on Facebook back in February. The band’s latest album, Push and Shove, was released in September 2012, and the band had planned a world tour this year.

“While we were traveling the world last year promoting Push and Shove, Gwen mentioned she was inspired to write new music,” the band wrote on Facebook. “In December, around the time of our hometown shows, we discussed the idea of starting 2013 by getting back into the studio together. We did so in January and the new music started flowing with unexpected ease. After spending three years recording the last album, this new pace feels incredibly exciting.

“We have decided to follow our muse for the time being and focus on this new music that we don’t want to stop. So we will be postponing our tour plans briefly while we endeavor to create something special and inspired. Our goal as a band is to share this new music with you as quickly as possible – both recorded and live on tour.”

The group has been keeping fans updated on their recording progress on Twitter and Facebook, and they have posted several in-studio photos, including shots of a session at Sunset Sound in Los Angeles. There is currently no release date for the album.