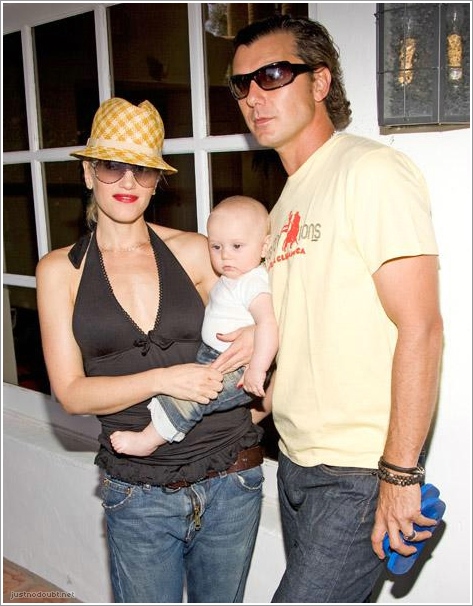 Gavin and his band Bush are curently touring with Evanescence in Southeast Asia,and in a new interview with GrooveKorea,he was asked what the happiest and most painful moments in his life have been,and he sweetly replies that his marriage to Gwen has been nothing but happiness,although Zuma’s brief hospitalization last year for a broken arm was a heart-breaking and painful night for both he and Gwen. He also mentions that he and Gwen’s favorite beach place to visit is Zuma,which their son is named after.

In an interview with FaveCulture last year, you said “The journey that we’ve been on, however painful, however happy, is who we become.” Can you share with readers a couple of the happiest and most painful moments in your life?

My marriage to Gwen has been nothing but happiness. Actually, when I’m on tour, the worst thing is not waking up next to her. It’s painful. But who has a life without pain?

And the worst moment was last year when our son Zuma was hospitalized after a fall. He broke his arm after taking a tumble from a countertop at home. It was a heart-breaking night for everyone. It was one of the worst nights of our lives. It was one of those freak events. A freak accident. He’s fine now. It’s almost worse for us as parents. The kids are never alone and you turn your back — it takes a split second.

What do you do, or where do you go, to escape?

Gwen and my favorite beach place to visit is Zuma. That’s in California and it’s so beautiful. My little boy was named after the fabulous spot. And I love spending my free time playing tennis. There are a few things that I do well — tennis is one of them. I play in the morning and love it.