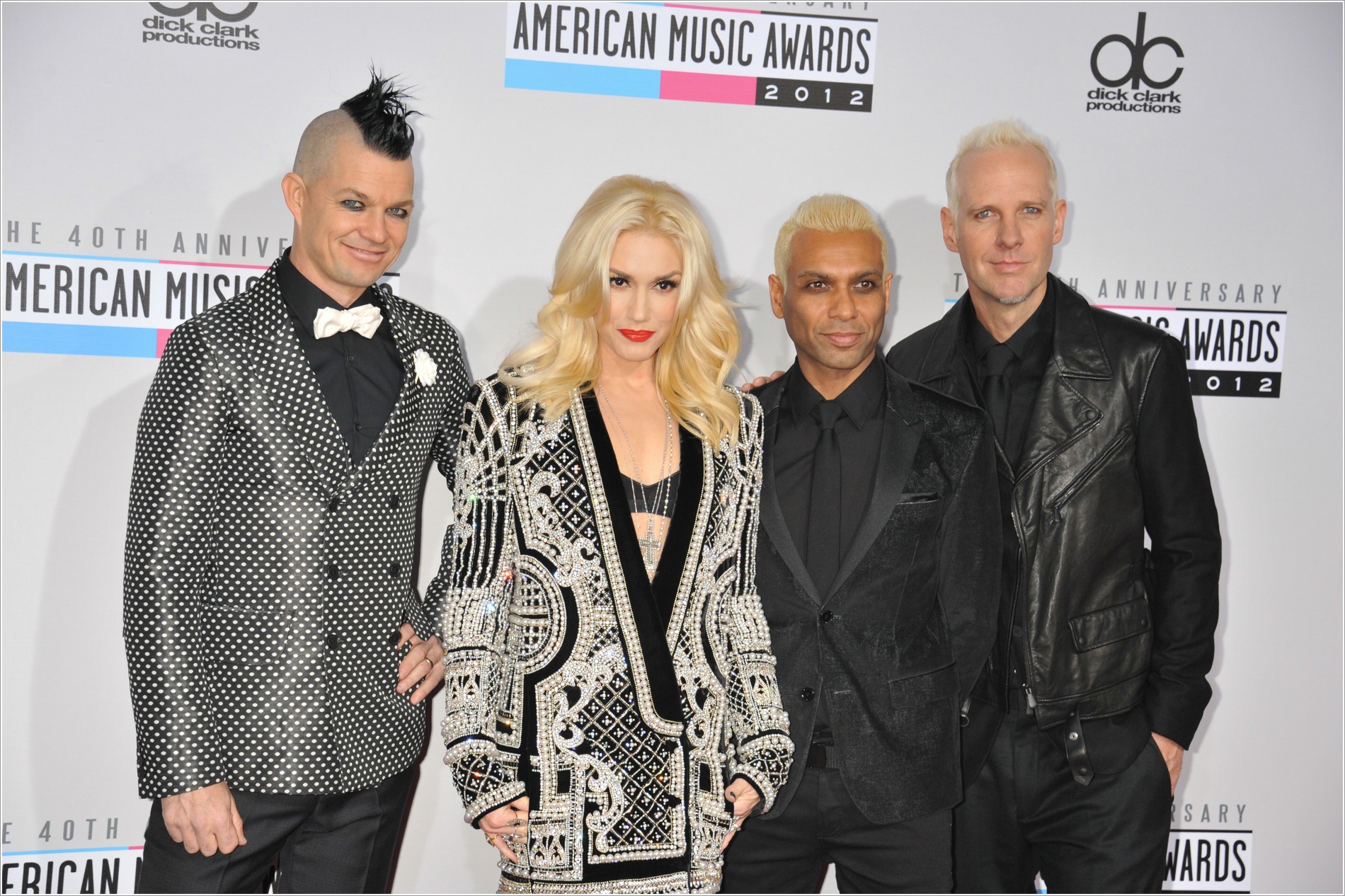 With the American Music Awards happening tonight,we thought we’d take a look back at No Doubt and Gwen’s past appearances at the awards show. No Doubt was nominated and attended in 1997,while Gwen performed 3 years in a row: ‘‘What You Waiting For?’’ in 2004, ”Can I Have It Like That’’ with Pharrell in 2005 (she also won Favorite Pop/Rock Female Artist that year) and ”Wind It Up’’ in 2006. No Doubt returned to the awards show last year for a fiery performance of ‘’Looking Hot’’.