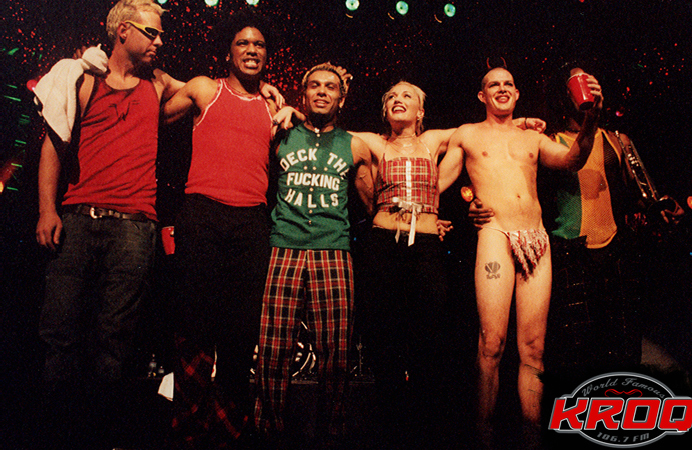 With the 24th Annual KROQ Almost Acoustic Christmas show kicking off tonight,we thought we’d take a look back at No Doubt’s classic past performances at the concert. The band performed at the yuletide event in 1995,1997,2000,2001 and 2012;Gwen performed a solo set in 2004 and joined Bush onstage last year for a duet of ‘’Glycerine’’ with Gavin,a performance that was released as a single on iTunes. Have you seen No Doubt at KROQ’s Almost Acoustic Christmas in the past? Share your memories!