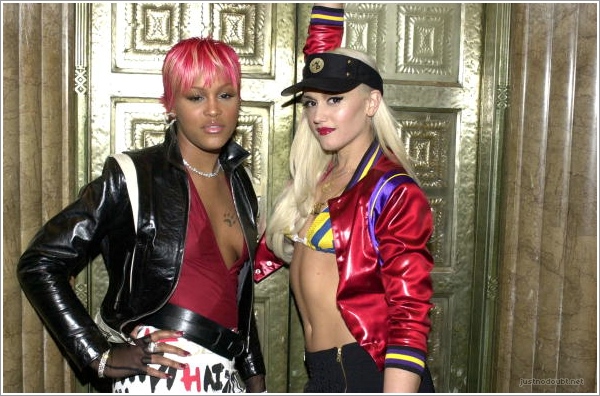 In a new interview with Billboard, rapper Eve reminisces about collaborating with Gwen on the 2001 Grammy-winning hit, “Let Me Blow Ya Mind”. She recalls that after she wrote the song, she knew she wanted Gwen to sing on it because at the time they were on the same record label and Eve had been a fan of hers and No Doubt for years. Although some in the industry thought that Gwen wouldn’t want to do it and that Eve and Gwen were so different, Eve felt that they were alike in that they both were tomboys who were girly girls. Eve goes on to say that it was nice to prove the naysayers wrong following the song’s huge success.

“After I wrote it, I knew I wanted Gwen Stefani. She was a label mate, and I had been a fan of hers and No Doubt for years. People thought I was crazy. They’d say, ‘She’s not going to want to do it.’ Although we were so different, I felt like she was just like me. She was a tomboy who was a girly girl, and never had the chance to hang out with girly girls ’cause she was around these guys. But it happened and I proved people wrong. It was nice to do so also, especially to bunch of guys.”